Doctor gets jail and fine for selling 2,300 litres of cough mixture to drug abusers over 15 months 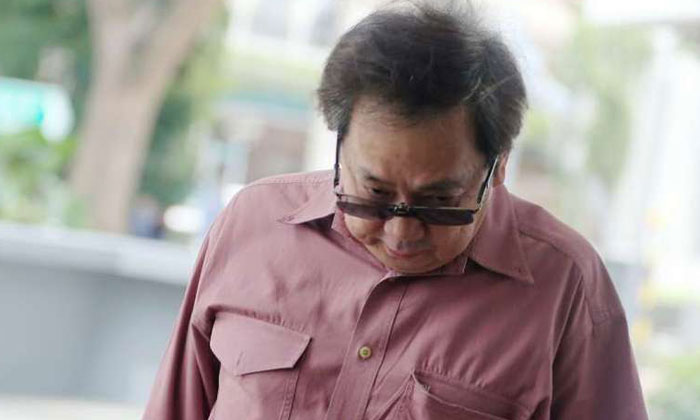 This case involves one of the highest quantities of codeine cough preparations prosecuted by the Health Sciences Authority thus far.

Tan Gek Young, 61, who faced 55 charges, pleaded guilty on Nov 15 last year to 15 charges - 12 of selling unlabelled 90ml bottles of cough syrup containing codeine, a controlled substance; two of failing to keep proper records for the supply of cough syrup; and one of supplying a medicinal product not listed on the general sale list. The remaining 40 charges were taken into consideration in sentencing.

Bail of $60,000 was offered pending his appeal against sentence.

Tan, who runs Meridian Polyclinic and Surgery in Bedok North, had made a total profit of between $603,624 and $749,163 from his illegal sales of codeine.

"It is clearly one of the most aggravating features of this case,'' he said in his brief oral grounds.

An overdose of codeine can cause, among other adverse side effects, respiratory depression and death.

He said such offence is aggravated when it is committed by a doctor, as doctors are trusted by the authorities to prescribe an appropriate amount of such codeine preparation to patients to cure their sickness.

The law, he added, must come down hard on such black sheep of the "honourable profession'' to send an unequivocal message that doctors who betray the trust and flout the law because of the lucrative nature of the sale will be dealt with severely.

Another aggravating factor, he said, was after Tan's clinic was raided, rather than realising the seriousness of those offences and putting a stop to it, he re-offended less than three months later in 2014.

Worse, he sold even larger quantities of 3.8-litre canisters to abusers and supplied cough syrup to other cough syrup suppliers. Each canister is equivalent to 42 90ml bottles.

In 2010, Tan was suspended for six months and fined $5,000 after he pleaded guilty to 22 charges involving inappropriate drug prescriptions - five of which involved cough mixtures containing codeine.

He was censured by the Singapore Medical Council and undertook not to engage in similar conduct.