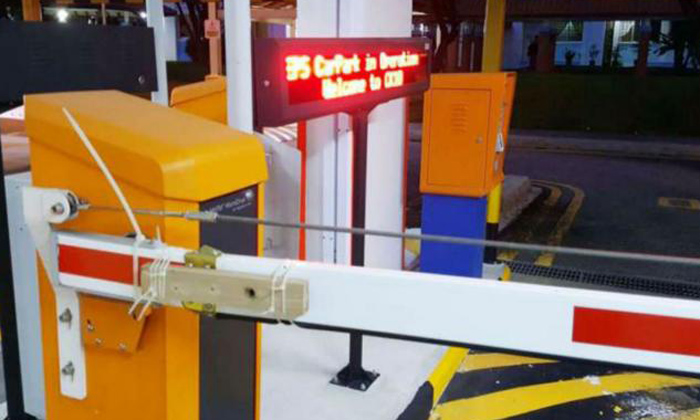 After a Shin Min Daily News contributor highlighted the use of cable ties to secure the barrier at some carpark gantries, the Housing Board has clarified that service providers sometimes do so to avoid disrupting the Electronic Parking System (EPS).

HDB told The Straits Times on Tuesday (Jan 24) that the EPS gantry barrier is "designed to be detachable upon being hit", to minimise damage to both the vehicle and the EPS system.

"Where the impact to the gantry barriers is minor, such as when vehicles bump lightly into them, they may become slightly dislodged," said the spokesman.

"To reinforce these barriers and prevent them from falling off, the service provider may sometimes choose to use cable ties to secure them so that the EPS operation will not be disrupted."

The issue of cable ties was first raised by Mr Tan Tee Seng in a special features column in Shin Min earlier this month. He said that he had seen cable ties being used to secure the barriers.

He said: "I saw the bolts loosen and the barrier fall to the ground. It was put back, and fixed just with cable ties."

Mr Tan claimed that this happened repeatedly, with more cable ties being added each time the barrier came loose.

In response to the article, readers who noticed cable ties being used at the gantries near their homes wrote in to ask if the practice was safe.

Shin Min reported that cable ties were seen at gantries in areas including Bishan and Chua Chu Kang.

HDB in its reply to The Straits Times also reminded motorists to "slow down when approaching the EPS barrier and to keep an adequate, safe distance from the vehicle in front" for the safety of all carpark users.