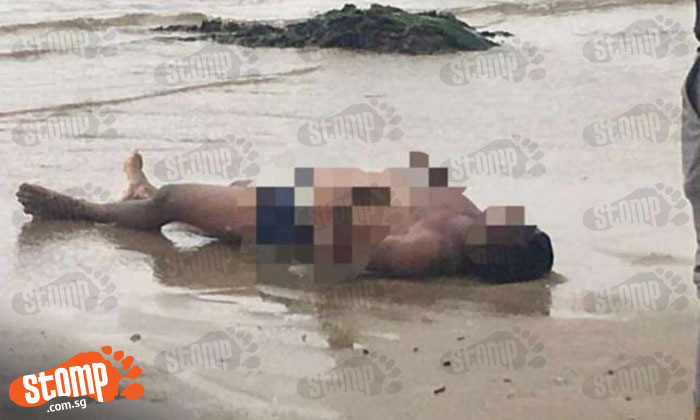 A 19-year-old fish farmer is believed to have fallen into the sea off Changi Beach on Friday (Jan 27) and drowned.

The Myanmar national was brought to shore by passers-by at about 6pm the next day, reports The Straits Times.

Fish farm owner Phillip Lim, who happened to be in the area, said he saw the man on a pontoon with three of his colleagues when he left his farm at about 10am on Friday.

When he returned, Mr Lim, 55, found out that the man, who works at a neighbouring farm, had fallen into the water.

Mr Lim told The Straits Times: "I immediately got my diving gear and started to look for him. I spotted him, but the current was getting strong and I couldn't get to him. I ran out of oxygen."

Mr Lim stopped his search at noon, after an hour. He said that by the time professional divers arrived, it was about 3pm.

Stomper Indra had previously alerted Stomp to the incident stating that the body was found near Changi Beach Carpark 6.

He recounted that two men had approached him earlier to ask if he had seen something floating in the water that looked like a human arm.

Indra said that he saw something but could not make out what it was.

The two men then went into the water with a group of anglers to check and found the body.

Indra shared a video of the men pulling the body out of the water.

Facebook user, Syafiqah Daud also posted a video of the scene at 6.48pm.

Police officers had arrived at the beach and a crowd had gathered around the body that had by then, been covered.

Stomper Riduwan also shared another video of the incident with Stomp.