Are you the owner? Porsche abandoned outside Woodlands Industrial Park for over a year 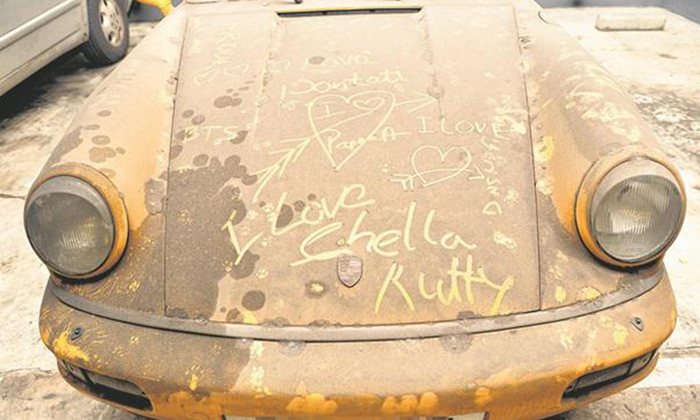 A yellow Porsche sports car has been parked outside a carpark at Woodlands Industrial Park for more than a year, with no one coming forth to claim it.

The vehicle is now covered in a thick layer of dirt and dust, and a wheel clamp has been attached for over half a year, reports Lianhe Wanbao.

Different theories explaining why the owner abandoned his car are abundant, but thus far, nothing can be ascertained.

While reporters went down to the carpark, they found the car with a notice slip on the windscreen.

The notice slip cited that the wheel of the vehicle was clamped as the owner had parked his vehicle illegally, and a fee of S$160 was required in order to remove the lock.

Photos circulating on Facebook also showed a similar yellow Porsche parked at the lot, with a metal locked secured over one of the wheels.

Many netizens have speculated that the car in the photos and the one in the carpark are one and the same.

One netizen even commented:

“I’ll pay for the unlocking fee, so let me have the car!”