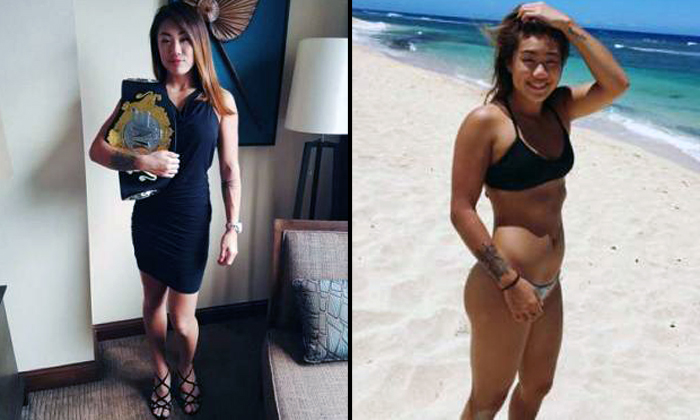 Mixed martial arts (MMA) world champion Angela "Unstoppable" Lee is brimming with confidence ahead of her first title defence in Thailand next month.

The 20-year-old atomweight title-holder's bout against Taiwan's Jenny Huang is the headline act for the ONE: Warrior Kingdom event at Bangkok's Impact Arena on March 11.

It marks Lee's return to the ring after winning the title last May at the Singapore Indoor Stadium via a unanimous decision against Japan's Mei Yamaguchi.

"I have seen some of Jenny's fights. She's a very well-rounded fighter," said Lee, who has never faced Huang before.

"But I know I'm a better fighter in all areas."

Retaining her first title is crucial for Lee, who wants to prove her worth.

"It really shows the world who you are. I'm looking to show everyone that I'm the best in the world - the best women's MMA fighter," she added.

Lee was speaking to the media at the ExpatDental clinic in Novena yesterday, where she and her younger brother Christian received customised mouth guards from the clinic's managing director Dr Shaun Thompson.

Christian, 18, also an MMA fighter, backed his sister, saying: "Jenny is not going to stand a chance. I really feel that Angela is on another level altogether."

Related Stories
Gorgeous photos that show why MMA fighter Angela Lee is such a hot favourite
S'pore MMA fighter Tiffany Teo to use upcoming ONE Championship bout as stepping stone to becoming world champion
To all fans of MMA: Get ready for a power packed 2017 with ONE Championship
Angela Lee
mma
pretty