'A married man raped me when I was a virgin, so I turned to sex work to numb the pain' 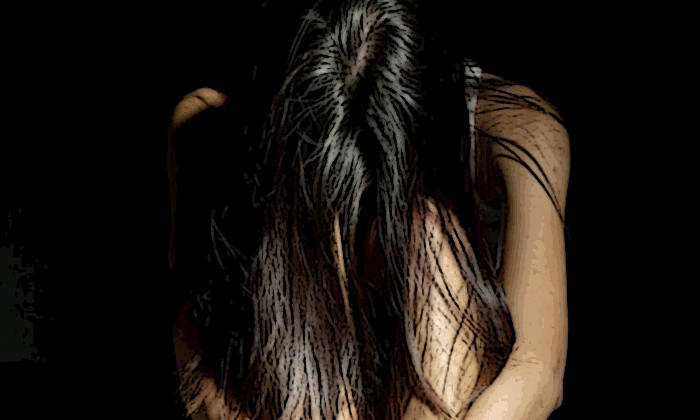 A birthday bash turned nightmarish for one woman when she was sexually assaulted by a family friend. She tells us about her journey to recovery:

Five years ago, I booked the private members' area at Zouk for my 26th birthday and invited my close friends, cousins and their partners for the celebration.

We were having so much fun dancing and drinking that my cousin Caroline's* boyfriend, Philip*, suggested we continue the bash at his sister's house in Thomson.

He said his brother-in-law, Gabriel*, who was also at the club, would host the after-party.

While I didn't really know Gabriel, I had seen him around on numerous occasions.

In his 30s, he exuded confidence even though he wasn't conventionally good-looking. I had always pictured Gabriel as a family man, so it was disconcerting when he hit on me throughout the night - first at the club (even with his wife around) and later at his home while she was asleep in the bedroom with the kids.

As the night wore on, I got increasingly woozy, so Caroline suggested that I rest in Philip's room. It was around 5am.

Stepping inside, I noticed Philip passed out on the floor. I soon dozed off but was rudely awakened by the rattling of the bathroom door.

In my hazy state, I saw the silhouette of a person emerging from it and before I knew it, he was on top of me.

"This is what you came for, right?", I heard him say over and over again.

My grogginess turned into panic when I realised what he was doing.

Before I could react, he was pulling up my dress and tugging at my underwear. I asked him to stop and said I didn't want this.

When I tried to scream, he pressed his hand firmly over my mouth to muffle my cries.

And there was no way I could move with his body weight pressing down on my arms and chest.

I could hear Philip snoring on the other side of the room, so I knew he couldn't help me.

Meanwhile, Gabriel was already trying to penetrate me.

He had some trouble initially, and that's when he started using his fingers, before proceeding to rape me hard and fast like a maniac.

At times, he stuck his tongue in my mouth and kissed me while I choked back tears.

He repeatedly mumbled a string of vulgarities under his breath. "You little sl*t, you c*nt, I'm gonna f*ck you till you want some more, you b*tch."

Then, as abruptly as it had started, the ordeal was over.

When he was done, Gabriel unceremoniously got off me and left the room.

Stunned but relieved that it was over, I lay on the floor for a few moments.

It all seemed like a bad dream - except that I was left with bruises on my arms and thighs.

Then I grabbed my things and rushed out of the house.

Once home, I called Caroline and told her what Gabriel had done. She was aghast and offered to accompany me to the clinic for a check-up.

The very thought of carrying that monster's child made me sick to the stomach, but thankfully, the pregnancy test turned out to be negative.

The logical thing to do would have been to make a police report, but I wasn't thinking straight at that point.

It didn't help that I was terrified and filled with doubt. Would the authorities believe my version of events as Gabriel is quite a prominent figure in society?

Would I get a fair trial if the case went to court?

And seeing how young his kids were, I didn't have the heart to have them grow up knowing that their father was a rapist.

Dealing with the guilt

At the time of the incident, I was working as a counsellor for teenagers and children.

I was also taking night classes to earn my psychology degree.

Even though I tried to go on with life as usual, I felt numb and disconnected from who I was as a person.

And as twisted as it sounds, I turned to sex work in order to downplay the significance of sex.

I figured that if someone wanted to sleep with me, I might as well get them to pay for it.

So I put my classes on hold and hung around places such as Orchard Towers to sell myself.

Every weekend, I'd be there, standing around in the streets and waiting to be picked up by men.

Some nights, I'd down six glasses of hard liquor just to keep my memory foggy while giving myself Dutch courage.

This went on for three months. With the money I made, I bought myself branded bags, which helped me feel less depressed and eased the self-loathing.

Even now, I'm not sure whether this process played a part in my recovery.

My parents picked up on my unusual behaviour - I was staying out late and had stopped going to church.

When my mum finally sat me down for a talk, I broke down and told her what had happened.

Seeing how broken and emotionally fragile I was, she suggested I seek professional help.

I was diagnosed with chronic depression as well as posttraumatic stress disorder with anxiety.

Given my suicidal thoughts, I was advised to go for weekly sessions, alternating between a counsellor and a therapist from the Institute of Mental Health.

I realise now that being a call girl was my way of dealing with the guilt and I suspect that had I continued prostituting myself, I may have killed myself.

The therapy and counselling sessions have helped me realise that I was a victim and that there was nothing I could've done to defend myself in the situation.

Given what I had gone through, I found it difficult to continue my work counselling teenagers and children who were going through trauma that was similar to mine.

I took time off work, turned down my company's offer to finance my Master's degree in counselling and asked for a transfer to the marketing department.

It took me three years to come to terms with what happened.

I have now accepted that I was a rape victim and am working to regain my trust in men so I can have a healthier outlook on relationships.

I've been seeing someone for more than a year now and he's aware, and accepting, of my past.

For years, I blamed myself, thinking I had issued Gabriel an open invitation to my body by going to his home.

Now I know that rape is never the fault of the victim.

Nevertheless, I have to live with the fact that Gabriel got away unpunished - and I had a part to play in that.

My advice to women who have been sexually assaulted: Speak up and report it to the authorities, for your sake and that of other women.

What to do if you've been sexually assaulted

Call someone whom you trust and feel safe with.

Tell them what happened and how they can help.

Make a police report and be sure to keep all the physical evidence intact - don't shower, or wash or change your clothes.

You can request a female officer if you're more comfortable talking to a woman about what happened.

These are available to victims after a police report has been made. A guardian's signature is required on the medical form if you are under 21 years of age.

If unprotected sex was involved, talk to your doctor about emergency contraception, which can typically be taken within 48 to 72 hours of the incident.

To test for HIV, visit www.goo.gl/ql6ILN for a list of clinics that offer anonymous testing.

To speak to a counsellor, contact Aware's Sexual Assault Care Centre at 6779-0282. They can even arrange for a befriender to accompany you to the hospital or police station.

This story was originally published in the February 2017 issue of Her World magazine.