79-year-old grandma dies an hour into 2017, leaving behind doting grandson 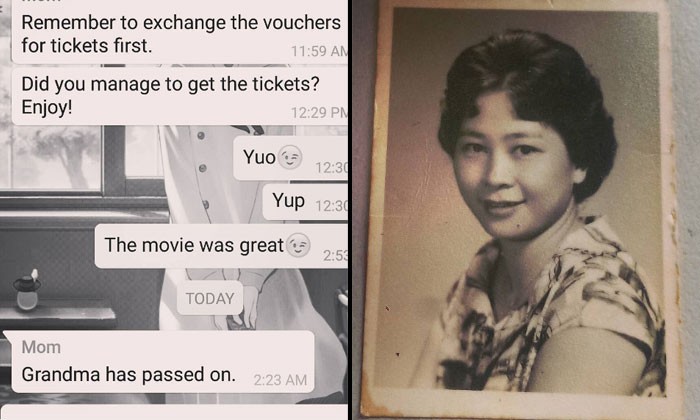 A 79-year-old woman died at around 1am last Sun (Jan 1) and her grandson will miss her Cantonese dishes along with her company.

However, he never stopped trying to break her shell by telling her he loved her, although she would just brush him off.

Despite her strictness, she expressed her love through her cooking and was able to cook 'a storm of dishes' about two weeks ago when she was not well.

Her grandson said, "I will miss her sambal belacan fried fish and Haw flakes.

"She would buy for me, Broccoli and Scallops, etc..."

He reminisced on how his grandmother walked very fast as she was a fiercely strong and independent Cantonese old lady.

He talked about tension brewed between her and his aunt and how she threw out the family's Mahjong set and table after her husband died because it ruined the family and life.

His post ended with him saying, "2017 is already not a happy year."