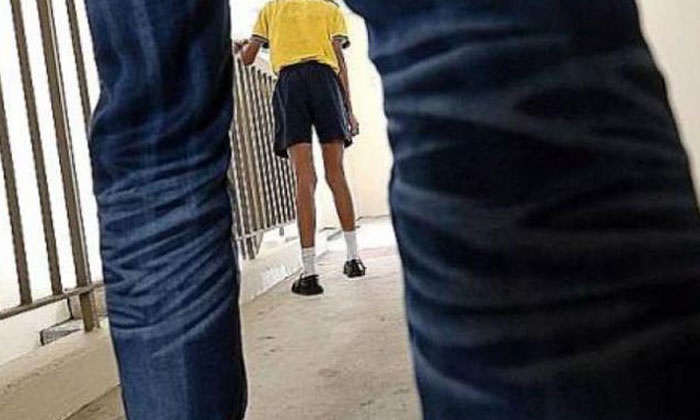 A guardian at a primary school's student care centre, who was convicted of 13 charges of having sexually abused eight boys over two years, was sentenced to 10 years' jail on Wednesday (Feb 22).

Neither the 66-year-old man nor the victims, then aged seven to 12, can be named due to a gag order.

After a 14-day trial, he was convicted of 11 counts of molesting the eight primary school students, and two counts of sexual penetration of a minor.

The senior citizen, who escaped being sentenced to caning because he is over 50, is appealing against the conviction and sentence. Bail of $100,000 was allowed.

The man had, under the guise of helping the victims with their school work, molested them by touching their private parts. Once, he touched the buttocks of a 10-year-old pupil.

The two charges of sexual penetration of a minor occurred at the school toilet in or around August 2013.

The student care centre provided before and after school care for its students.

The man was arrested on Sept 17, 2013, a day after a police report was made by an employee of the centre.

District Judge Hamidah Ibrahim said in her brief remarks last month that as the man's defence was that he did not commit any of those offences, it was in a sense a case of his word against that of the victims.

Having had the benefit of observing all the eight boys on the stand, she found them to be "forthright and candid'' witnesses.

She said that they were able to give coherent, compelling and credible accounts of the acts of sexual abuse that had been perpetrated against them.

Although there were some discrepancies and inconsistencies in their evidence, she said they were mostly minor and immaterial and did not adversely impact their credibility.

Judge Hamidah also had no doubt that generally, the boys liked the man and would not have come together to conspire to lie and fabricate evidence against him.

She said his conduct of contacting some of the boys after he was suspended on Sept 13, 2013, "smacks of a blatant attempt'' to try and cover up his tracks.

"There was no reason for him to have done so, if he had not committed these offences,'' she said.

Deputy Public Prosecutor Gabriel Choong Hefeng had asked for not less than 12 years' jail to be imposed.

He said the children had looked up to the man who had supervised them, and he abused the trust.

Eight other stood down charges were withdrawn and the man was cleared of them.

He could have been jailed for up to 20 years and fined for each sexual penetration. The maximum punishment for molesting a person under 14 years old is five years' jail, fine caning or any combined punishment.