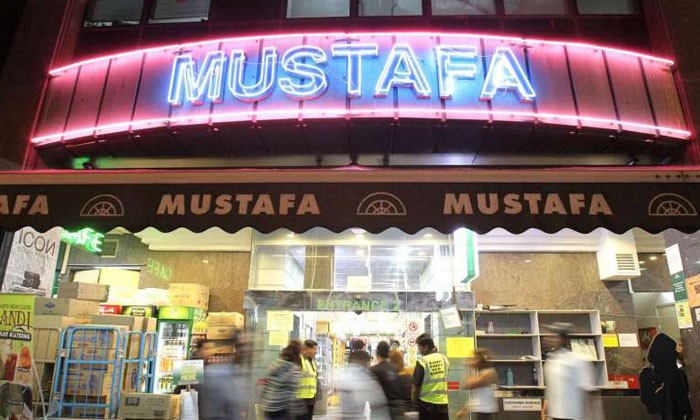 The Serangoon Plaza branch of home-grown retailer Mustafa will shut its doors permanently in February.

The outlet has been operated by retailer Mohamad Mustafa & Samsuddin since 1985, but the mall will be redeveloped into Centrium Square, a 19-storey mixed development property.

Mustafa, a store synonymous with cheap bargains and huge crowds, will be left only with its 200,000 sq ft Mustafa Centre store at Syed Alwi Road. The closure of its 65,000 sq ft branch reduces its total retail space by about a quarter.

Mustafa offers not just an array of goods but caters to other needs as well, such as money changing, travel and visa services, and for hungry shoppers, a rooftop restaurant.

Here are five things you should know about Mustafa before its Serangoon Plaza branch closes.

1. MUSTAFA STARTED OUT IN SHOPS WHICH WERE LATER ACQUIRED BY THE GOVERNMENT

Selling ready-made garments, the first Mustafa store was opened in 1971 at Campbell Lane in Little India by the current managing director, Mr Mustaq Ahmad, with father Mustafa and uncle Samsuddin.

A second shop was opened two years later at Serangoon Road, and it began to sell electronic items as well.

After the shops were acquired by the Government for conservation in 1985, Mr Mustaq opened his flagship store at Serangoon Plaza.

He then bought shophouses at Syed Alwi Road and converted them into Mustafa Centre, which opened in April 1995.

2. MUSTAFA THE FIRST MAJOR RETAILER IN SINGAPORE TO OPERATE A 24-HOUR STORE

The retailer took the plunge in June 2003, hoping to boost profits in a then-slowing retail market.

The move was targeted at tourists, particularly transit travellers, according to a report in 2002.

There were concerns that the business model would not work after the closure of Yokoso, Singapore's first 24-hour supermarket and department store, in the late 1980s.

However, the 24-hour concept proved to be a runaway success and Mr Mustaq was even ranked 37th in Forbes magazine's list of the 40 richest people in Singapore in 2011, with a reported worth of US$240 million.

3. MUSTAFA'S MANAGING DIRECTOR STARTED OUT PEDDLING HANDKERCHIEFS ON THE STREET

Mr Mustaq was only five years old when he first arrived in Singapore from Uttar Pradesh in India in 1956. His father, Haji Mohamed Mustafa, had come to the country four years earlier and sold food from a pushcart.

He decided to bring his young son over when Mustaq's mother died.

Despite being educated only up to Secondary 4, Mr Mustaq defied the odds and his retail business has flourished.

In a 2006 report, he said: "Talent is not just about paper qualifications. It's really about people doing something with passion and a great deal of interest."

The entrepreneur became a citizen in 1991, and according to a 2006 report, has four children.

4. MUSTAFA HAS BEEN POPULAR WITH BUDGET-CONSCIOUS SHOPPERS FROM ALL OVER THE WORLD

Keeping prices as low as possible has been a mainstay of Mustafa - and a reason why customers keep flocking back.

Affordability, coupled with the great variety of goods and services sold, has continued to reel in locals, foreign workers and tourists.

Even officials from developing countries visiting Singapore for training under the Singapore Co-operation Programme had Mustafa as their favourite haunt, according to a 1997 report.

5. FINED FOR FIRE SAFETY BREACHES AND FOR USING A WAREHOUSE AS A STORE

While exit points and fire-fighting equipment were obstructed, the greatest fire safety concern had been overcrowding on the first floor.

In fact, the Singapore Civil Defence Force considered it such a serious problem that it obtained a court order to suspend business on the ground floor for 40 hours.

The retailer was required to implement stricter crowd-control measures or review existing ones. That same year, Mustafa Centre even restricted the maximum number of shoppers to 431 in the building at any one time.

In 2010, Mustafa was fined $10,000 for unauthorised commercial use of its Mustafa Warehouse building on Kallang Pudding Road.

The six-storey building had been approved for warehouse use by the Urban Redevelopment Authority (URA) in 2001, but it turned down Mustafa's 2004 application to change the building's use to a wholesale centre for household goods and appliances.

However, Mustafa operated a department store on the first level and a supermarket on level two for a few weeks in 2009.

Related Stories
Agree? Here's what your signature says about you
Ever wondered why some people have these little holes above their ears?
Mustafa
trivia
facts
close
serangoon
mall