S'pore's own 'Iron Man' takes off outside Victoria Theatre 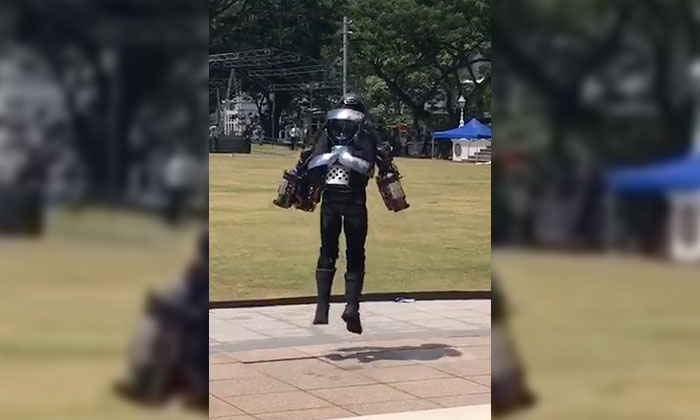 Singapore’s own 'Iron Man' was spotted taking off in a video which has been circulating on Facebook recently.

Stomper Ismail alerted Stomp to the video which was shared on Sure Boh Singapore's page.

According to Coconuts Singapore, the incident happened on Aug 1, outside Victoria Theatre, near Stamford Street.

Te man was none other than renowned British inventor, Richard Browning.

In the video, Browning in a black jet-powered suit, was seen powering up on Empress Lawn, before taking flight.

Although it was merely hovering a few feet above the ground, Browning's performance astounded many awed passers-by who whipped out their phones to capture the bewildering sight.

Maybe the future really is now, and cars may soon be a thing of the past.