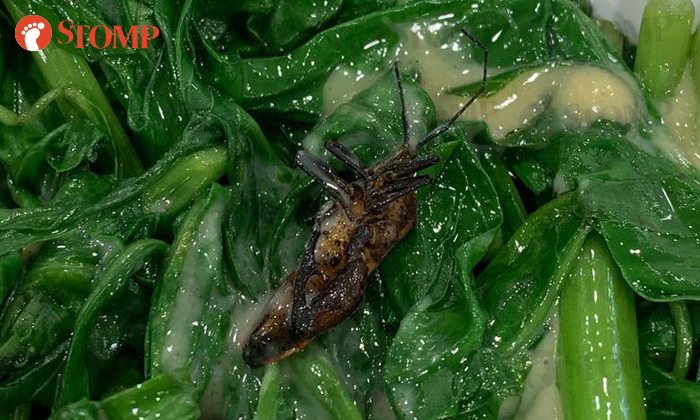 Stomper K was a few mouthfuls into her lunch from Koo Kee Yong Tow Foo Mee when she discovered an insect in her dish of vegetables.

K said she had purchased a set meal from the stall at Northpoint City's Kopitiam food court on February 28, at around 1.45pm.

Sharing her "bad experience", K told Stomp that she found what appeared to be a cockroach in her vegetables after a few bites of food.

The Stomper recounted: "The insect looked like a cockroach. It was dried up and quite big, about one-third of the length of my ring finger.

"I brought the tray of food back to the stall, but there was no conversation at all from the lady there.

"After seeing the insect, she simply took the tray, then went to the cashier drawer and took out $6.40 to return me my money. That was it.

"When I questioned her about the insect by saying that it was very big, she simply smiled." 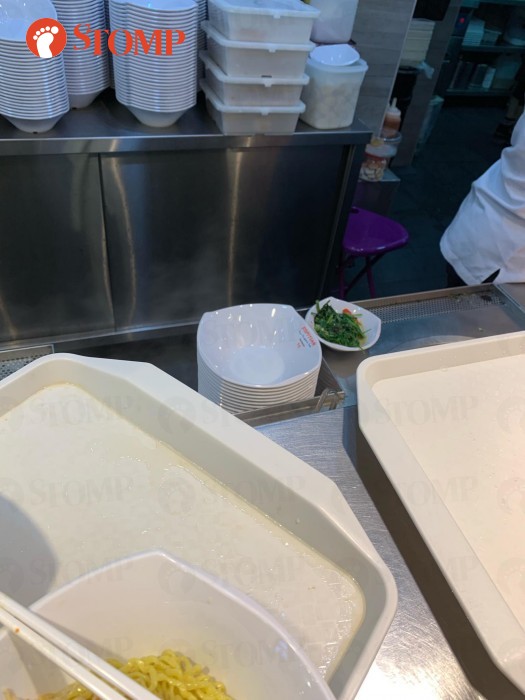 K added: "I'm not looking for compensation, but having such a big insect in my food is really bad.

"I contacted Koo Kee's management via Facebook on the same day and they replied that they would investigate. Are they going to ask the dead insect how it got into the vegetables?"

As she did not get an update from the management, K decided to share the incident with Stomp.

A spokesman said in a statement to Stomp on Friday (March 29): "Upon receiving her feedback, we responded to her and at the same time updated our operations team to investigate this matter.

"We overlooked the reply to this customer as the appointed staff had resigned from the company in early March and will provide her with an update today.

"Based on our investigation, the food hygiene practices were in place at this outlet, and the vegetables werewashed and drained before being cooked in boiling water.

"Food quality, safety and hygiene standards are important values to our company.

"We take all feedback seriously and will continue to re-train our frontline staff on the importance of food hygiene standards."

View more photos of K's meal in the gallery.

Related Stories
West Co’z Cafe investigating incident of cockroach nymph found in diner's fish head curry
"Black thing" in man's soup turns out to be cockroach: "I thought it was herbs at first"
Bug found in coffee from Selegie cafe: 'I spat out what looked like bits of cockroach'
More About:
food
insect
cockroach
disgusting
food safety
unhygienic