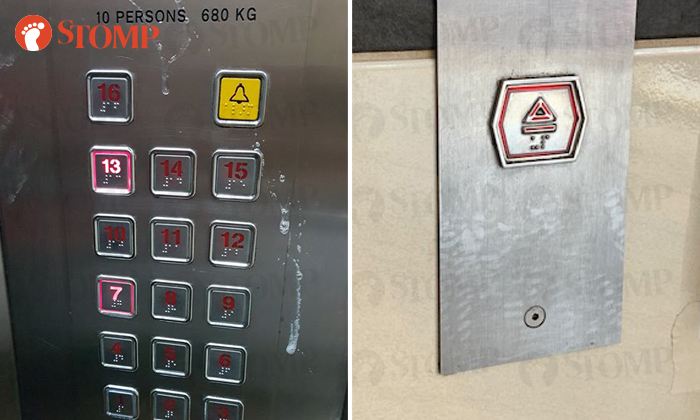 In one incident, Stomper Amy was shocked to see spittle on the lift buttons at Block 28 Jalan Bukit Merah on Tuesday (Apr 9). 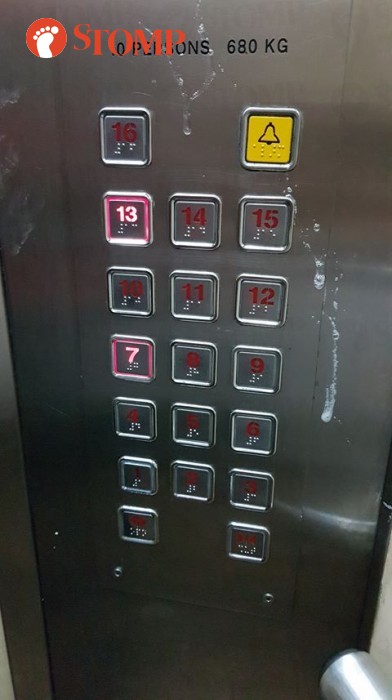 Amy said: "Someone spat on the lift buttons inside lift D.

"I've called the town council but I don't know what else I can do.

"It's the first time I am seeing something like this, though it's not uncommon to see people leaving urine and faeces behind."

Separately, Stomper May expressed her frustration after seeing phlegm along the corridor at Block 807 Choa Chu Kang Avenue 1 "every day". 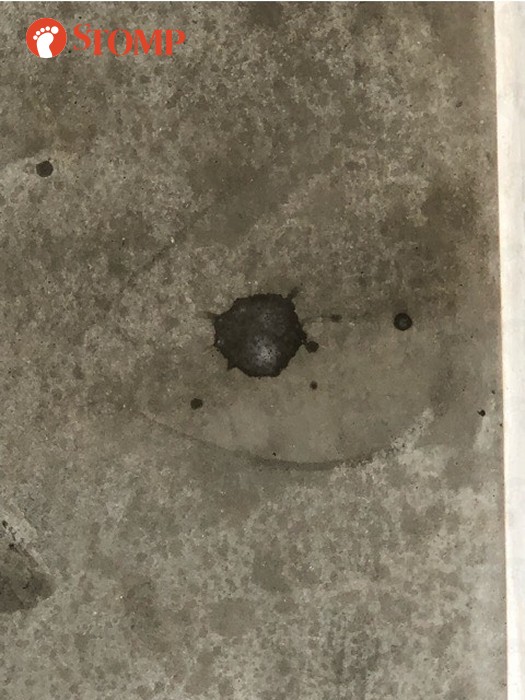 May said: "I have reported this to the town council and National Environment Agency (NEA), but the culprit spat at the corridor again today (Apr 9).

"There should be a CCTV camera installed. I really hope someone can help." 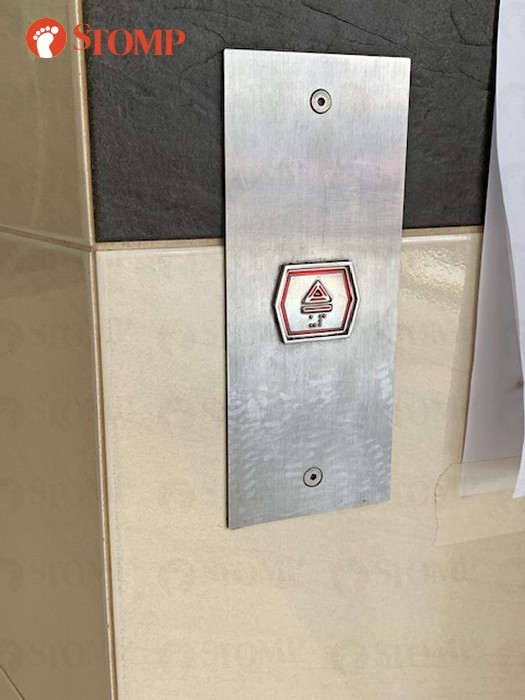 Koh came across the footprint on ground floor on Tuesday (Apr 7), at around 2.07pm.

She told Stomp: "This is so sad. I hope that such inconsiderate acts will stop. "

But for Stomper Cecilia, this is a long-suffering issue that residents at Block 337 Ang Mo Kio Avenue 1 have been putting up with for years.

Cecilia said: "This thing started years back (though not as often as every day) but we have been very tolerant of the culprit because we are all neighbours.

"This is only one of the things she has done (yes, we are aware who the culprit is).

"Since the start of the Covid-19 outbreak in Singapore, there have been footprints on the lift buttons every day."

The Stomper said that this has persisted even though she personally cleans up the footprints whenever she seems them every two to three days.

She added: "Sometimes, there are even dried water marks, although I'm not sure whether it's her spit. I'm not surprised if it is."

Cecilia said she first reported the matter to the town council on February 24. She also posted about it on Ang Mo Kio Town Council's (AMKTC) Facebook page.

Cecilia said: "On February 28, AMKTC replied that they were looking into the CCTV footage.

"On March 2, they said they had identified the footage and would follow up.

"On March 13, they said they were investigating.

"On March 20, they said they were retrieving the footage and would be sending it to NEA.

"On March 30, AMKTC replied that they have stepped up cleaning efforts and sent the CCTV footage to the police."

According to The Straits Times on April 2, a self-disinfecting coating that lasts for three months has been applied to buttons in all HDB lifts as well as lift lobbies in Singapore.

The coating, called sdst, kills bacteria, viruses and fungi upon contact and remains in place even with repeated scrubbing and cleaning, as chemical bonding agents help it to adhere tightly to surfaces at a molecular level.

It is sprayed on surfaces in liquid form like regular disinfectants, and is safe on human skin.

Related Stories
Someone has been stepping on lift buttons at Hougang block to avoid touching them
3 teens investigated by police for spitting on lift buttons at Rumbia LRT station
3 teens arrested for public nuisance after video shows young punk spitting from level 4 of mall
More About:
disgusting
unhygienic
lift
Covid-19
spitting