YouTuber exposes texts that CNBlue's Lee Jong-hyun sent her: "Your belly fat is so cute" 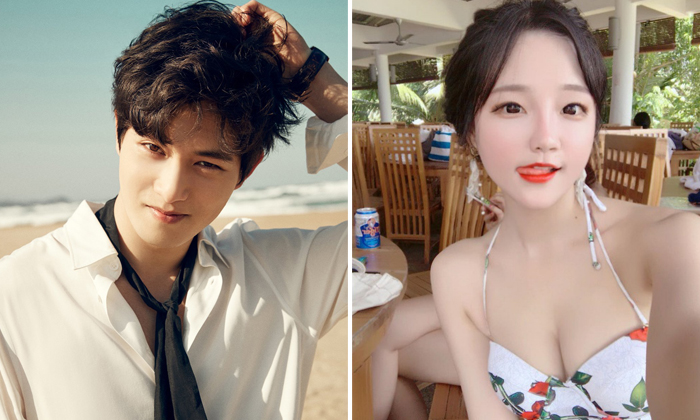 Named as one of the celebrities who were part of a chatroom where sex videos were shared when the K-pop scandal broke in January, he seems to have not learnt to clean up his act.

Now, he has been forced to quit pop-rock band CNBlue after YouTube personality Park Min-jung said she received suggestive texts from him.

She shared a screenshot of the messages that said: "I really enjoy watching your YouTube (channel).

Netizens have interpreted his remarks as unacceptable sexual advances, lambasting him for not changing his behaviour despite his agency stating that he would reflect on his involvement - which he had denied initially - in the controversial chatroom.

Amid the new outrage, CNBlue's label released a statement on Wednesday (Aug 28) in which Lee said: "I'm withdrawing from CNBlue. I feel sorry I've caused harm to the members, and I've also told the members about my withdrawal.

"I'm ashamed to have disappointed fans who believed in me.

"Since all of us, including myself, are currently serving in the military, it took a while to express my opinion and announce this. I feel apologetic and grateful to our label for waiting."

His downfall came despite Park's posting of an apology over the ruckus caused by her revelation of the texts from Lee.

"Firstly, I got a (text) from Jong-hyun about a week ago, but I knew he was on hiatus to reflect so I ignored the message. However, when I got the second (text), I felt burdened.

"I wanted to keep other women from experiencing this.

"I apologise for revealing personal messages. I took down the story and I will not make thoughtless actions again."

But netizens have commented that she did the right thing, reported the soompi portal.

One person wrote: "She's sorry? But she's a victim."

Another posted: "I love CNBlue but what he did was really wrong and the rest of the group shouldn't have to pay for what he did."