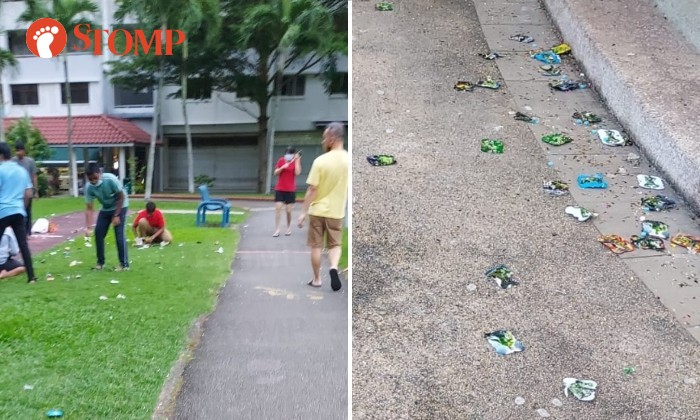 It might be fun for them, but not so much for others.

A group of youths celebrating Deepavali startled passers-by with bomb bags and left behind a mess of litter at Kaki Bukit Neighbourhood Park in Bedok North Street 3 on Oct 23.

A bomb bag is a small packet containing baking soda and an even smaller pouch of vinegar that you squeeze to break the pouch, causing the packet to expand and make a loud popping noise when it bursts.

Sharing photos of the incident, Stomper Z said: "This group of teenagers were using bomb bags to scare passers-by. They were laughing at people who were startled by the bomb bags."

She said: "A woman (in red) got a shock from the loud explosion." 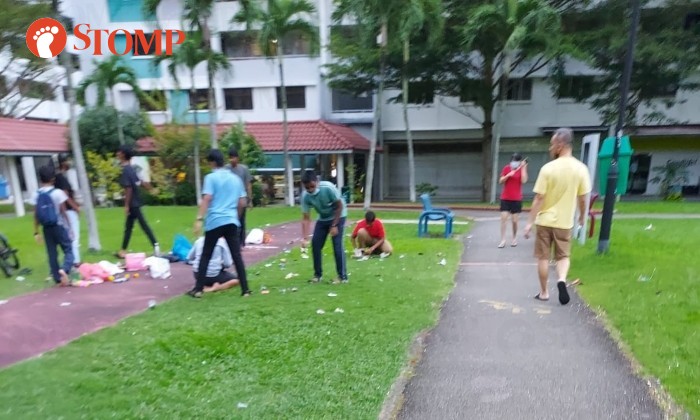 The Stomper also shared photos of the litter left behind after.

"A boy fell down due to the litter," she said. 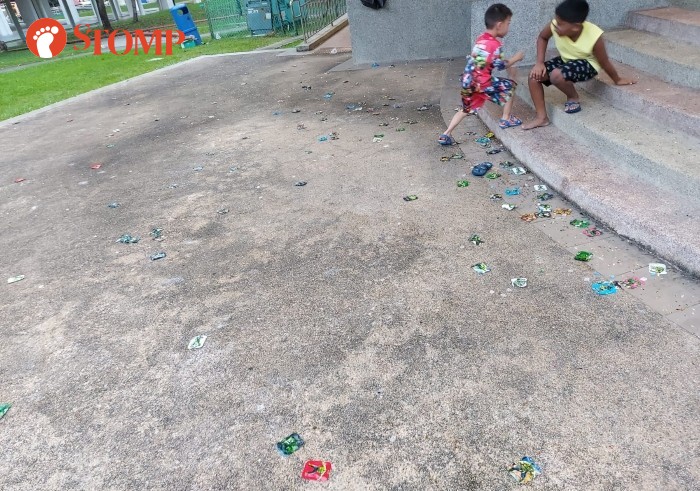 "This group of teenagers has been creating a lot of nuisance almost daily at the Kaki Bukit Neighbourhood Park."

Rubbish was also left behind after celebrations at Jurong West Street 61.

"There were groups of parents with their children celebrating in the area making excessive noise," said Stomper Anonymous, who shared photos of the mess. 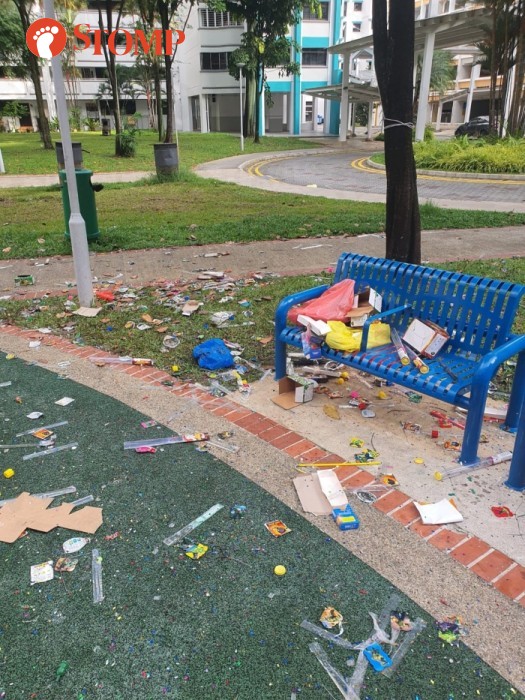 "While that can be tolerated since it's a once-a-year event for them, the amount of trash left behind simply should not be tolerated.

"The parents are irresponsible and they are setting a bad example for their children by leaving their litter behind.

"You can see in the picture the poor worker having to clean up the mess after them.

"This is not the first time this happened, but I think it is high time the authorities did something about this." 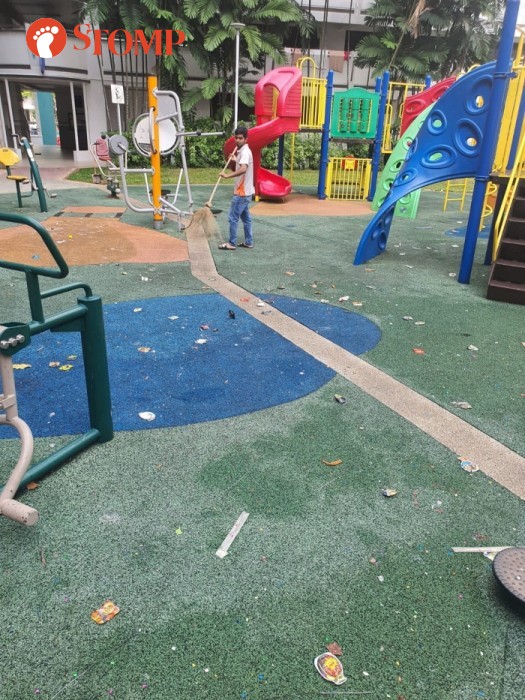