Youths open sealed products, dip fingers in to taste and put them back on supermarket shelf 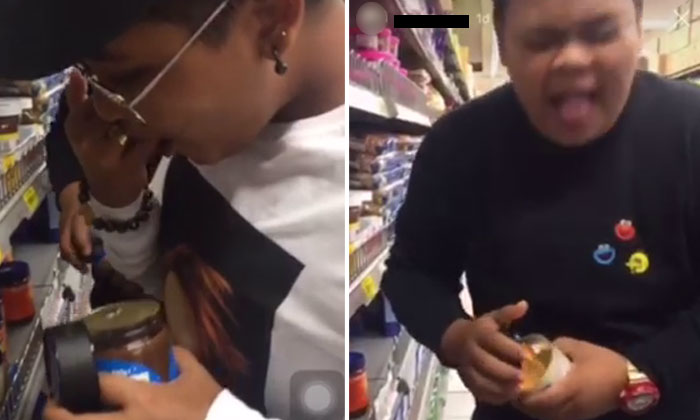 A couple of youths were recorded opening sealed products in a supermarket and dipping their fingers in to have a taste before putting the jars back on the shelf.

In the video, one of the youths is seen breaking the seal of what appears to be a jar of bread spread with a finger before dipping in and trying it.

The youth then says, "Not bad ah."

"This one is tasty."

The youth's friend then does the same thing with another jar but is apparently unimpressed and makes a face, causing their friends to laugh before the video ends.

"This behaviour is totally unacceptable," the Stomper told Stomp.

"If I was a customer, I wouldn't want to buy a product only to find upon reaching home that it was contaminated by irresponsible and childish people.

"I hope that by circulating this video, it will reach the relevant authorities or the supermarket itself to take necessary action against these people."