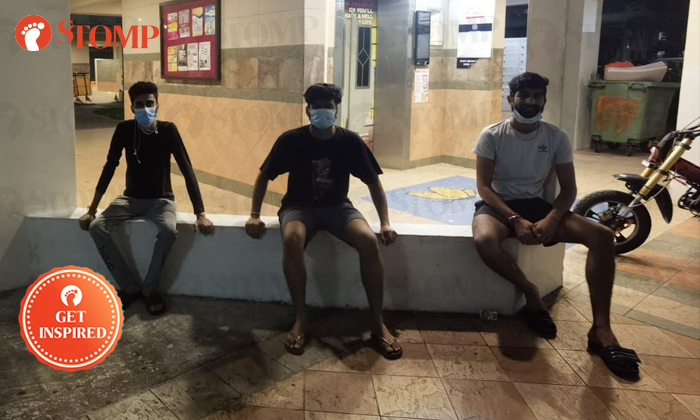 A food delivery rider was at his wits' end after having pushed his defective power-assisted bicycle (PAB) along for four hours – until three kind souls came to his aid.

Stomper Peter Yeo had been pushing his PAB from Bras Basah Road to Tiong Bahru Road for four hours, when he encountered three youths at around 12.30am on Saturday (Aug 28).

Peter told Stomp: "I was really very tired after pushing my PAB from Carlton Hotel at 76 Bras Basah Road.

"I was glad that the youths asked me what happened and even offered me clean drinking water and some tidbits. I skipped the tidbits as I was too tired after my ordeal, but took their kind offer of drinking water."

Peter said that the youths helped him to push his PAB from Eng Watt Street to his home at 117 Jalan Bukit Merah.

He added: "I would like to thank these three college students from India for helping me to push my defective PAB back home.

"They told me they were studying at a private school, but I didn't get a chance to ask them which school.

"Overall, I feel that they did the right thing by assisting someone in distress and they will go far in life after completing their studies in Singapore."