Youths giving out $2 along Orchard Road? Here's why 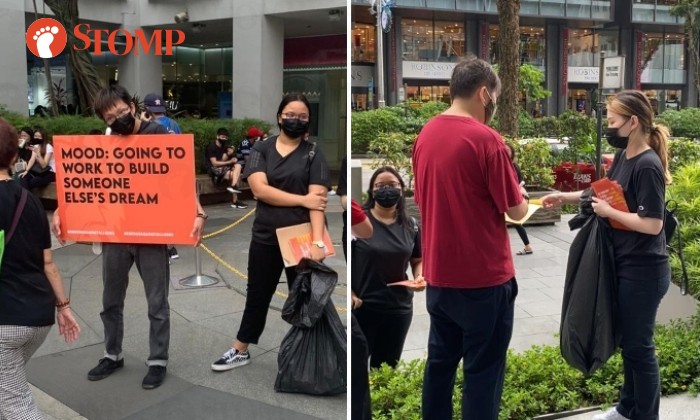 When Stompers Leroy and Zheng were walking along Orchard Road on Saturday (Nov 14), they noticed people donned in black, holding banners and signs.

But what really caught their attention was that these people were offering to give out $2.

"Saw a few youngsters going around giving free money to people. I wanted to take it but I was shy," Zheng said.

"Are these youngsters giving back to society or something?"

Leroy was also unsure of what was going on.

"I saw a couple of youngsters shouting 'karang guni' and holding boards. It seems like some sort of activist movement but I'm not sure," Leroy said.

"I noticed that they are going around giving $2 to people and a few youngsters were sounding the horns while circling around Orchard Road in their lorries. They were making quite a big scene." 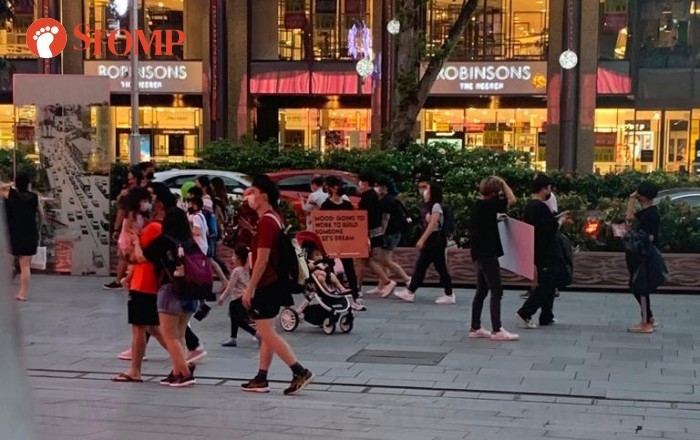 So, what exactly is going on?

Well, turns out this was a marketing campaign for the launch of Emerge Esports, an esports talent management agency.

In response to a Stomp query, a spokesman for Emerge Esports said: "We mobilised 'Dream Collectors' to approach people on the streets to write down their dreams in exchange for a token sum of cash ($2).

"These dreams, written on a piece of paper, were immediately disposed of into a trash bag, to invoke reactions from passers-by.

"The idea is to raise awareness on how many of us have discarded our dreams in the pursuit of a conventional career path and financial stability, often choosing to build someone else's dream rather than our own.

"In addition, we also drove around in a lorry (in true karang guni fashion) displaying thought-provoking signboards to further raise awareness." 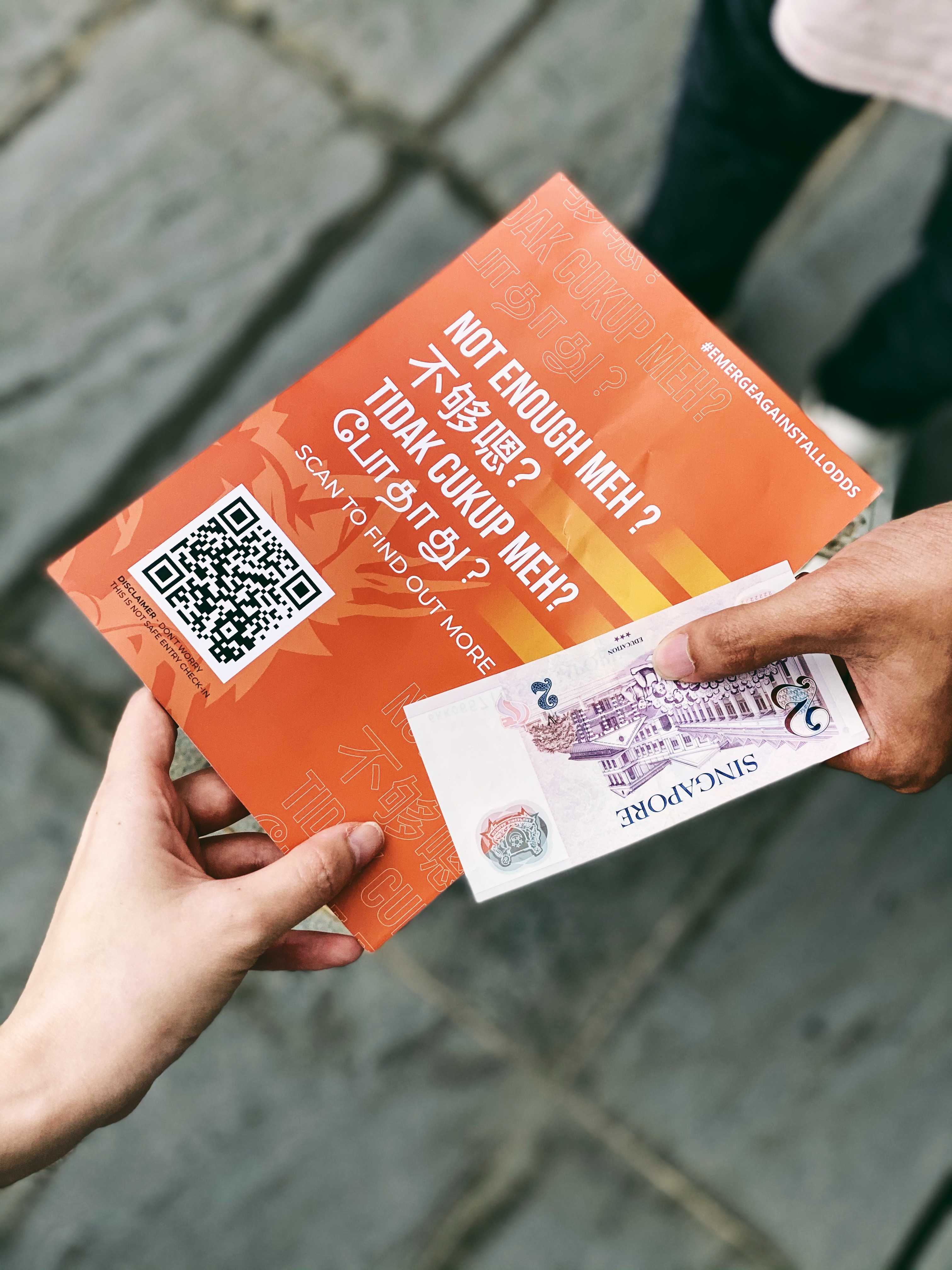 The spokesman added that the campaign ended on Sunday (Nov 15) and that safe distancing and rules were observed during these activations.