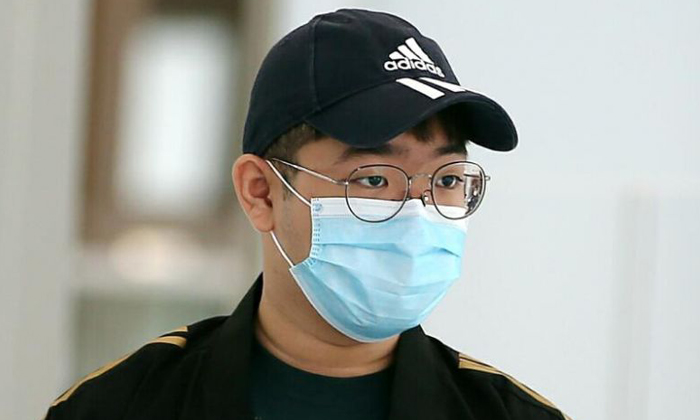 Lau Jun Wei, now 20, was not an NTU student when he committed the offences.

He was sentenced to 21 months' probation on Monday (June 8) after pleading guilty in March to a harassment charge and two counts of criminal trespass.

On Feb 24 last year, Lau went to use the toilet on campus at around 5.20pm when he was at NTU to meet a friend.

The friend's identity was not disclosed in court documents.

While in the toilet, Lau realised that somebody was showering in one of the cubicles.

He then placed his mobile phone over the top of the cubicle door and snapped two pictures of the naked man. He also recorded a video of the victim, the court heard.

Deputy Public Prosecutor Thiam Jia Min said that Lau was "curious as to how men looked like when they showered".

On April 21 last year, Lau was again at NTU and he committed a similar offence when he went to a toilet at a residential hall.

The victim's friend spotted him holding his mobile phone over the top of the cubicle door and stopped Lau as he was leaving.

The friend alerted the victim, who called the police.

The DPP said: "The victim felt alarmed, distressed and traumatised by the accused's actions, and eventually moved out of the residential hall as a result."

Besides Lau, other men have also appeared in court in recent months after they unlawfully filmed their male victims in toilets.

One of them, Jerry Christian Nagaputra, 31, who had "adjustment disorder with depressed and anxious moods", was sentenced to a year's mandatory treatment order in April.

This means he has to undergo treatment for his mental condition in lieu of jail time.

Among his offences, Nagaputra had gone to a men's toilet at Ngee Ann City shopping mall on Feb 9 last year and filmed a man who was using a urinal.

Separately, another offender, Seow Jia Chun, 23, pleaded guilty in March to one count each of criminal trespass and harassment.

He was in a toilet at his workplace on Oct 29, 2018, when he heard someone entering an adjacent cubicle.

Seow then stood on a toilet bowl and used his mobile phone to record a video of his colleague. He will be sentenced on June 29.

For each criminal trespass charge, offenders can be jailed for up to three months and fined up to $1,500.

Those convicted of harassment can be jailed for up to six months and fined up to $5,000.

Related Stories
Temp staff member 'removed' after allegedly taking photos of women at Cold Storage and sharing them in group chat
JC student visited NUS almost every Sunday to look at female students, peeped at woman in toilet
Republic Poly student took upskirt videos of women even at his own school
More About:
pervert
court