Youth takes father's car for joyride while friends film him: "This guy is a professional man" 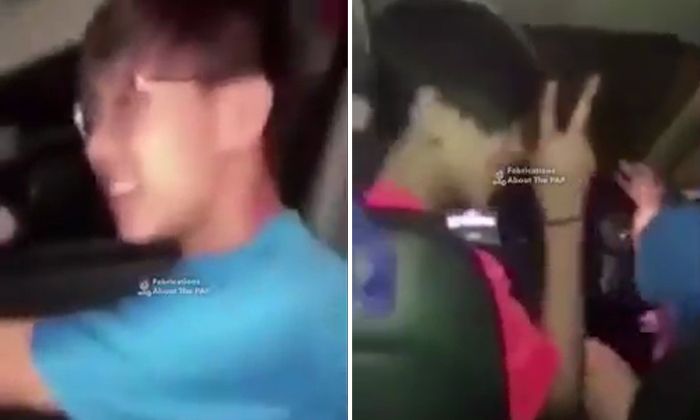 A video circulating online shows several youths going for a joyride in a car driven by one of them.

The one-minute clip appeared to have filmed by the youths themselves, and surfaced on the Fabrications About The PAP Facebook page a few days ago with the caption: "Don't want to live, got licence or not?"

The expletive-laden video shows a youth in a blue shirt at the wheel, much to the amusement of his friends, who can be heard laughing in the background.

The driver's actions, as well as what his friends can be heard saying, suggest that he has no driving experience.

It is unclear how many youths were in the vehicle, which is believed to be owned by Blue Shirt's father, based on what can be heard from their conversation.

Here are some of the things that the youths can be heard saying:

"You say you know how to drive car?"

"This guy is a professional man, making all the turns."

This is the latest incident in a spate of cases involving youths who film videos of their dangerous behaviour and post them on social media.

Earlier this week, a boy was seen performing push-ups on a parapet while dangling several storeys above ground.

In two cases last week, a youth sped down the road while pushing his friend in a trolley while another guy was seen dashing out to a road to do push-ups.

Related Stories
Utter destruction after woman allegedly hijacks lorry for joyride on Orchard Road
Youth climbs over parapet and performs push-ups while dangling several storeys above ground
Youth speeds down road while pushing friend in supermarket trolley against traffic
"Beyond savage" youth rushes out to road in Bukit Batok, does 5 push-ups and runs back again
More About:
Youths behaving badly
dangerous
reckless driving