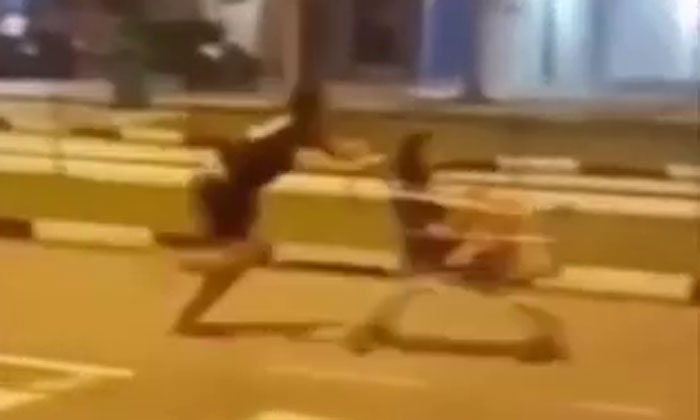 A video of a youth speeding down a road while pushing his a girl in a supermarket trolley has been circulating online.

The person recording the video eggs the youth on and exclaims, "Wah! Champion ah!" before bursting into laughter.

The clip also has the words, "CHAMPION AH" and "Ebike trolley" caption on it.

Many netizens have slammed the youths' dangerous antics, with one even calling them "morons".

Some Instagram users noted that the youth was running on the road against traffic. Fortunately, there appeared to be no vehicles travelling along the stretch of road in the video.

Earlier this week, Stomp reported on another clip that was posted on the same Instagram account where a youngster was seen rushing out to a road to perform push-ups before running back to his friends.

Netizens slammed the boy for putting himself and other road users at risk.