Youth runs on pavement with dog lifted off ground by its leash: SPCA assisting with investigations 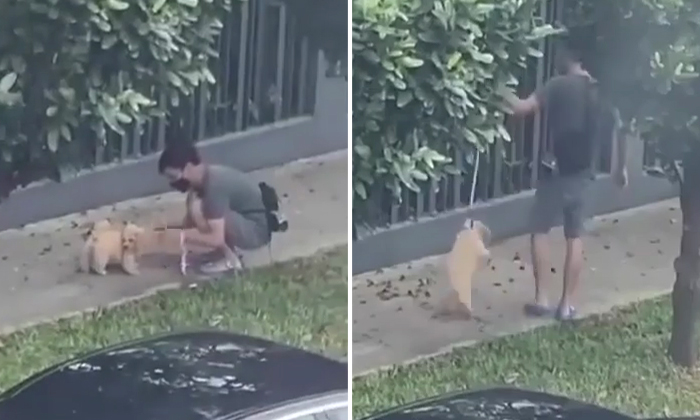 The Society for the Prevention of Cruelty to Animals (SPCA) is assisting the authorities with investigations into a case involving a dog that was seen being handled inappropriately.

A video of the incident, which occurred near Sembawang Park, was posted on Facebook by a user who had received the clip from another source.

The video shows a youth lifting a dog off the ground by its leash. He can then be seen running along the pavement with the animal still held by its harness.

The ten-second clip has been shared over 500 times on Facebook.

In response to a Stomp query, SPCA's executive director, Ms Aarthi Sankar, said: "SPCA is aware of a video circulating of a dog being lifted off the ground by the harness while being walked.

"We are assisting the authorities with the investigations.

"Tugging and carrying an animal in this manner can be very stressful and could endanger the dog’s well-being.

"We strongly discourage such aversive actions that instil fear in animals and want to remind pet guardians to adopt force-free training methods with their pets."