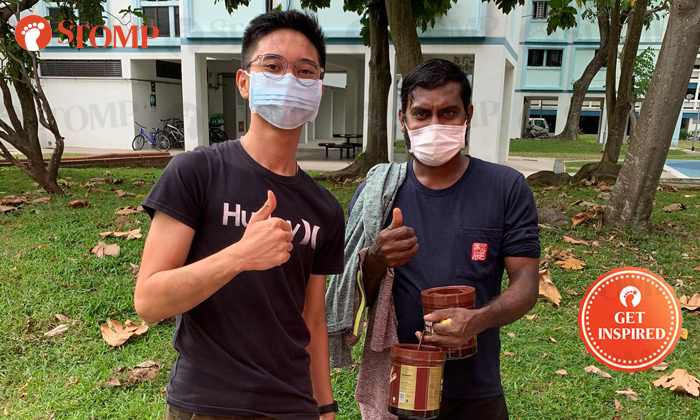 A 19-year-old man in Tampines has been spreading kindness and Christmas cheer the past two years with thoughtful gifts for migrant workers.

A Stomper said her father had came across the man giving out Christmas presents on Thursday (Dec 23), at around 5pm.

The Stomper shared: "My father saw this young man giving out gift cards, clothes and chocolates to foreign workers.

"He was so intrigued that he had to approach the young man and ask what was his rationale behind this.

"My father initially thought the man was Chinese and spoke to him in Mandarin, but he couldn’t really understand. Turns out he's mixed Malay and Chinese (not that it matters).

"Anyway, the man didn’t really say much. He just smiled and said he enjoys doing this kind of stuff and have been doing so for close to two years.

"My dad took a picture and asked if he could post it online. The man said yes but only under one condition - he wishes to remain anonymous.

"So if you know this 19-year-old guy living in Tampines, you’ve got yourself a very good friend! MERRY CHRISTMAS!" 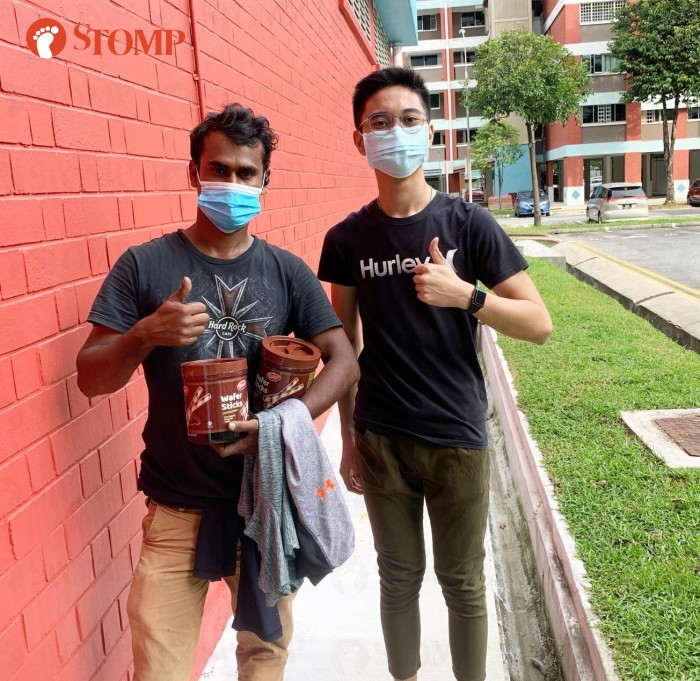 The Stomper said her father wishes to remain anonymous as well, adding: "My dad is proud that this new generation is taking initiative and better still, the young man wants to remain anonymous. This shows that he's doing all of this out of good heart.

"As for me, I'm most certainly impressed to see that even during these tough times, the Christmas spirit is still very much alive."