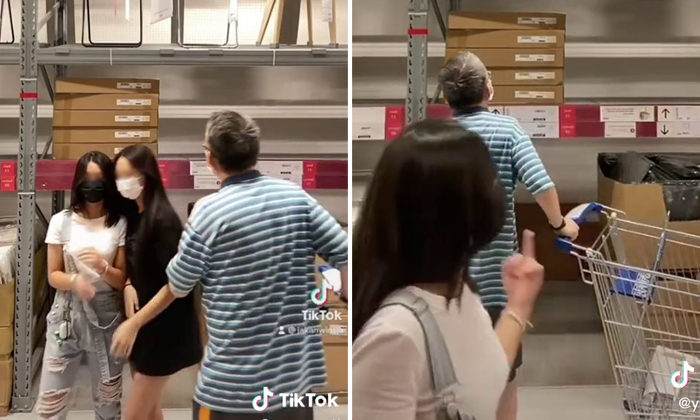 The TikTok video was taken down shortly after the publication of this Stomp report.

Some people visit Ikea to get furniture or decor items to spruce up their homes. Others drop by for some Swedish meatballs.

Then there are those who go there to film dance videos for TikTok.

Two youths were so passionate about their art that they took offence at a shopper who interrupted their video.

However, the pair had to move out of the way mid-dance for a man who wanted to look at some chairs that were on display behind them.

One of the girls also flashed her middle finger at the man behind his back.

Additionally, the TikTok video was captioned: "That uncle is very crazy."

Stomper Anonymous said: "I came across this video on TikTok and felt very angry at how the girl pointed her middle finger at an elderly uncle who was shopping around. It is totally disrespectful."

View more screenshots in the gallery.