Youth climbs over railing, pulls down shorts and smacks his buttocks in middle of the road 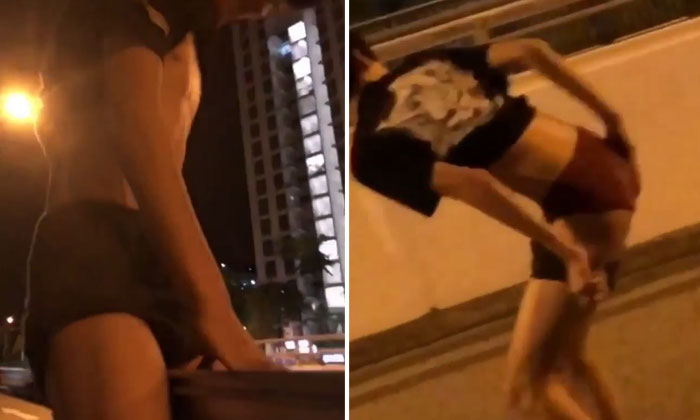 Another day, another group of youths recording and posting their unruly behaviour on social media.

This time, a teenager was seen climbing over a railing and walking to the middle of a road before pulling down his shorts and smacking his buttocks.

A Stomper alerted Stomp to the video that he said he saw posted by an Instagram user.

The video has since expired as Instagram Stories are only live for 24 hours. It is unclear where or when this happened.

In the video, the youth is seen climbing over a railing as his friends chatter in the background.

When he gets to the middle of the road, he pulls down his shorts and smacks his buttocks to the entertainment of his friends who are heard laughing in the background.

He then walks back to the side of the road while pulling up his shorts and smiling.

"This is yet another case of recordings posted on social media by youths to seek attention," said the Stomper.

On Dec 7, Stomp reported on a group of youths who were recorded jumping into the Punggol Serangoon Reservoir from a bridge and posting it on Instagram.

Another video was uploaded on Dec 6 showing a teenaged boy smoking in a public bus who claimed he did it as a dare to win a pack of cigarettes.

Last month, netizens were disgusted when two youths were recorded opening sealed products in a supermarket and dipping their fingers in to have a taste before putting the jars back on the shelf.

Related Stories
Youths leap off Punggol bridge to go for a swim, post video online
Youth smokes on bus, replies to comments on video: "I'm supposed to get a pack for the dare"
Youths open sealed products, dip fingers in to taste and put them back on supermarket shelf
More About:
Youths behaving badly