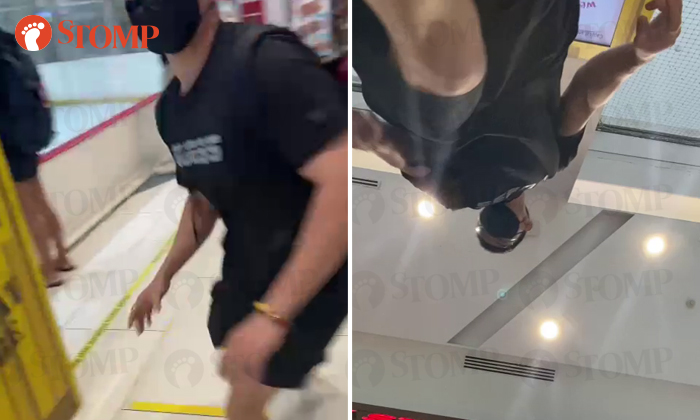 Man 'attacked' by youth while in queue for Astons at JCube: Police investigating

A dispute broke out between two parties while they were in the queue for a restaurant at JCube shopping mall.

Stomper M said the incident occurred while he was queuing outside Astons Specialities on February 26, at around 8.20pm.

He had told a youth in the queue to keep a safe distance from him but was assaulted instead, said the Stomper.

M recounted: "There were two youths behind me. One of them, the assailant, was standing very close to me and I asked if he could stand about a metre away.

"He said, Why don’t you stand further in front of your line?

"I said, 'But your friend is standing behind the line.'

"Then he came up to my face and said, 'Now we wearing masks, why must stand far away?'

"I said, 'It'’s ok' and then proceeded to pull out my phone from my pocket.

"Just as my phone was out, he slapped it away. He then punched my face and walked away. His friend did not do anything and only stood aside to watch.

"I called out to my wife, who was at the claw machine area, to get her attention and hoped she could video the incident as I continued to give chase to the youth after picking up my phone on the ground.

"As I caught up to him, he turned around, slapped my phone away again and kicked it. When confronted, he grabbed my arms and pushed me away, then fled the scene.

"I stopped giving chase and went back to the spot where it all happened. His friend was still there. I demanded for the assailant’s and his numbers. He gave them to me and left the scene.

"I alerted the police and waited there for them to arrive."

Stomp understands that Stomper M was advised to lodge a Magistrate's Complaint.

Related Stories
Commuter shouts at man on MRT train that he has 'agenda' and is 'a message from a god'
Customer pummelled and knocked out after being accused of 'staring' at man at City Gate shop
Passengers pull down masks to eat ice cream, taunt bus captain: 'Drive carefully can or not?'
More About:
dispute
attack
assault
queue
Covid-19