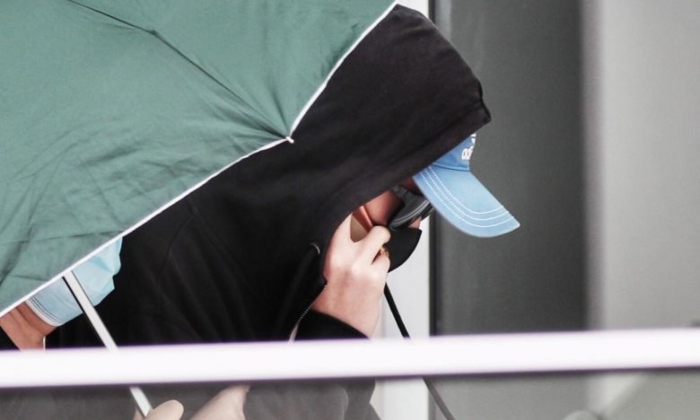 A youth trespassed into a dormitory at the National University of Singapore (NUS) eight times over the course of about six weeks as he wanted to take women's undergarments.

Goh An Soon, now 20, who was not an NUS student at the time of the offences, pleaded guilty on Monday (Nov 9) to one count each of misappropriating the lingerie and trespassing.

Deputy Public Prosecutor Tan Pei Wei said that Goh would go to the dormitory at King Edward VII Hall in Kent Ridge Road whenever he felt an urge to look at the undergarments. He did so between Dec 19, 2018, and Feb 1 last year.

He would check washing machines at the dormitory's laundry areas, or among the clothes hung to dry in the common corridor for lingerie left unattended.

But according to court documents, he took more than just women's underwear.

For instance, on Jan 16 last year, he took five laundry bags containing items including a pair of socks, two towels and a pair of men's underwear.

The following month, he took a wallet containing items such as bank cards and a thumb drive.

Most of these items were recovered.

At around 6pm on Feb 1 last year, an NUS hall staff member spotted Goh behaving suspiciously around the dormitory.

Goh was confronted at a pantry and the employee alerted a campus security investigation officer.

The security officer called the police at 7.12pm that day, the court heard.

On Monday, District Judge May Mesenas called for a report to assess Goh's suitability for probation.

He will be sentenced on Dec 21.

For misappropriating items belonging to others, an offender can be jailed for up to two years and fined.