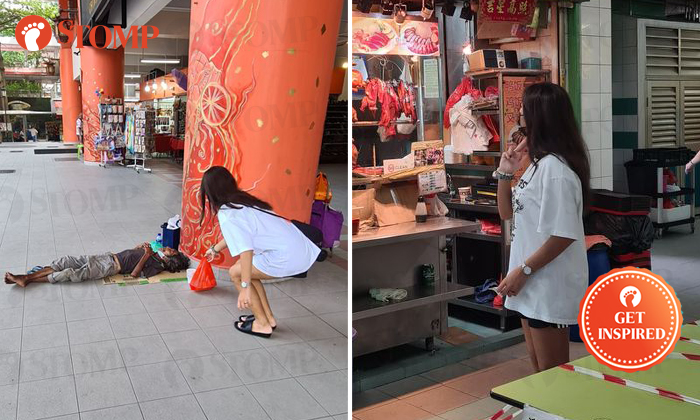 A young woman was seen buying food for a man who was sleeping on the ground at Chinatown Complex on Thursday afternoon (June 3).

A Stomper witnessed the heartwarming sight and said the Good Samaritan even left the food behind quietly so as to not wake the man up.

Declining to be named and identifying himself as a passer-by, the Stomper recounted: "I saw this lady with a good heart.

"She bought a food for a man after seeing him sleeping on the floor at Chinatown Complex. Even when leaving the food there, she did it quietly so as to not wake the man up.

"I have passed by the complex a few times but this is my first time seeing the man. However, you can usually see a few old men resting at the void deck nearby.

"It's quite sad to see the man sleeping on the floor in public in this hot weather.

"The woman looked young, like in her teens, but has such a kind heart. I feel that everyone should follow in her footsteps."