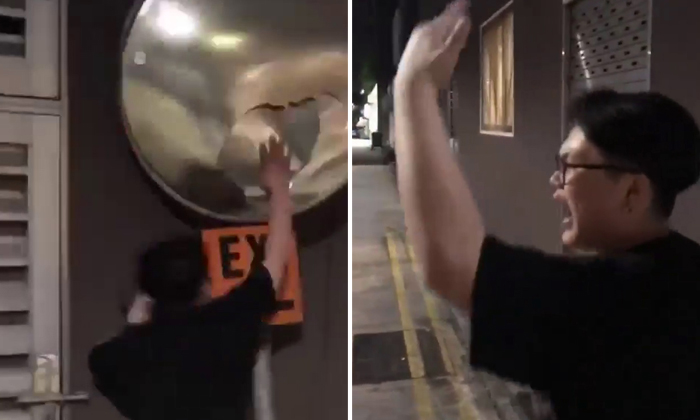 A youth was seen expressing his rage at a safety convex mirror by punching it repeatedly while his friends watched and recorded videos.

It is unclear when and where the incident happened.

A video of the youth's behaviour was posted on Instagram Stories and subsequently re-uploaded by Facebook pages such as SG Road Vigilante and ROADS.sg.

In the audioless 31-second clip that was shared with Stomp, a bespectacled youth can be seen punching a safety convex mirror multiple times until its glass broke.

At least two others were taking videos of the youth's antics.

A caption on the video said: "My frend (sic) was drunk ok it was so funny HAHAHAHA".

According to the Vandalism Act, anyone found guilty of stealing, destroying or damaging any public property faces a fine of up to $2,000 and a jail term of up to three years.