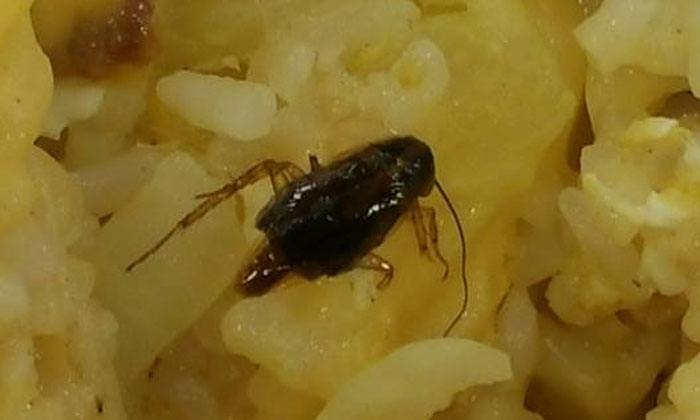 A family was shocked when they discovered that the baked Hawaiian Cheese Baked Rice their daughter had ordered from West Grill Station at Elias Mall yesterday (Jul 1) included a cockroach.

"My daughter had proceeded to eat the dish and then told us she couldn't finish it," Seng Hock told Stomp in a phone call.

"That's when my wife and I started to eat it but we found a two-centimetre cockroach in the dish."

Seng Hock said that his daughter threw up into a tissue after seeing the cockroach.

He then brought the dish back to the stall to ask how the cockroach had ended up in the dish.

The woman at the counter initially offered him a refund but Seng Hock pressed them for an explanation.

"The chef then came out and seemed unhappy.

"He then told me that if I'm not happy, to report it to the National Environment Agency (NEA).

"I want to share this because it's just so unhygienic.

"The cockroach wasn't just on the dish, it had been baked together with the other ingredients."