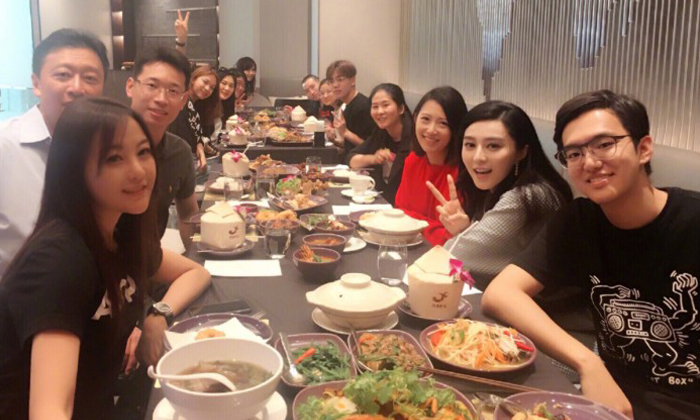 A seven-figure year-end bonus, an apartment as a wedding gift - the list of staff benefits at Chinese actress Fan Bingbing's production company will turn anyone green with envy.

And that's not forgetting other rewards such as overseas trips, new laptops and mobile phones.

It's really not hard to see why no one has quit their job there in recent years.

A recent article by HRGO studied Fan's management style and called her a shining example of a great boss.

It explained that the low staff turnover rate at the 10-year-old company is the result of the actress treating her employees well.

Monetary perks aside, Fan, 36, is known for her good relationship with about 30 employees, often thanking her 'brothers and sisters' for their hard work and attributing her success to her team.

The actress also sat down for a meal with them - her treat of course - before catching a flight back to China for work last month.

The A-lister made US$17 million (S$23 million) last year and was the only Chinese actress on Forbes' 2016 list of the highest-paid actresses.

With her generous ways, it appears she's truly deserving of the moniker Master Fan.