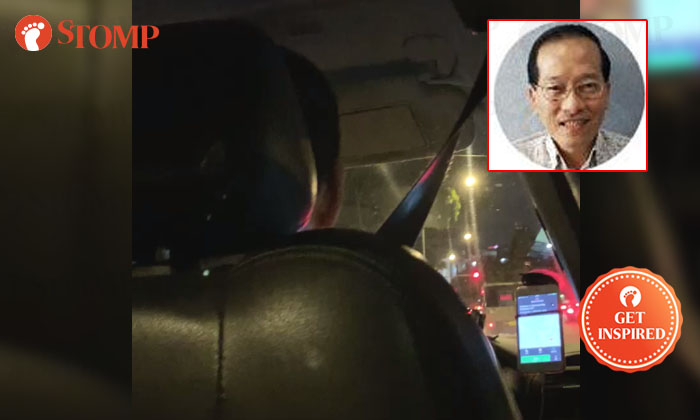 Stomper Jasper and his four-year-old son were blown away when their sing-along session with a taxi driver turned into a grand performance.

Jasper had booked a taxi via the Grab app from his home in Bukit Panjang to Jurong East for a meeting on Dec 13.

They entered the taxi at about 8pm, oblivious to the talent their taxi driver, Mr Tan, would later display.

Jasper's toddler was entertaining himself by singing nursery rhymes, when Mr Tan started trying to teach the boy to sing Mandarin songs.

The Stomper said: "Mr Tan's voice impressed me, so I complimented him and asked him how he could sing so well.

"That's when he revealed that he was an opera singer about 30 years ago.

"As a person who enjoys classical music and opera, I requested for him to sing a song"

In the video, Mr Tan's loud vibrato fills the vehicle as the toddler laughs and tries to sing along.

Jasper can also be heard singing in the background at times.

"I think that experience was very memorable.

"We were thoroughly impressed and entertained by the cabby's performance," the Stomper added.