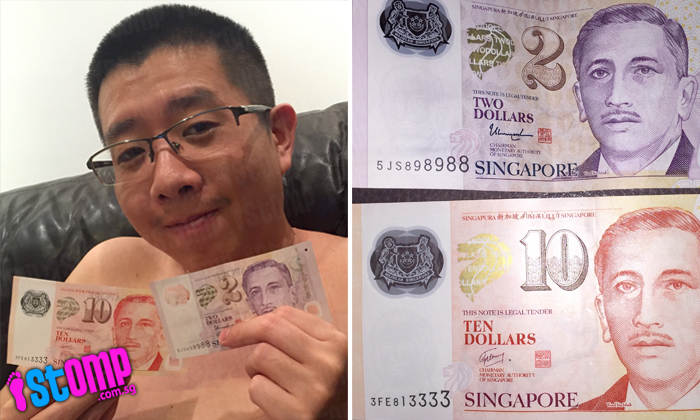 Stomper Lau Lup is going to have an auspicious rest of the year, judging from his good luck with money.

This time, he discovered yet more fanciful serial numbers on a $2 and $10 note which the Stomper feels are 'hidden messages'.

"On June 2, I got this note from the ATM at Buangkok MRT Station. Can anyone decipher this hidden message?

"Therefore I interpreted the hidden message as: Throughout the year, I will prosper and my luck will rise!

"After work the same day at 6.15pm, I bought the Chinese evening newspaper from HAO Mart and received another $2 change with fanciful and auspicious numbers on it!

"What do the readers think about these two notes?