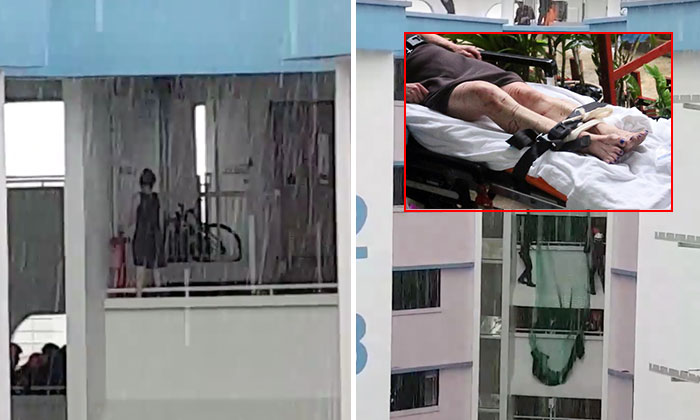 A woman allegedly upset with her husband for cheating on her, stood on the 11th-floor railing while holding a kitchen knife, which she had used to inflict injuries on herself.

Cai Lili, 45, stood precariously on the railing between the 11th and 12th floor for nearly two hours before she was rescued by officers from the Singapore Civil Defence Force (SCDF).

Videos of the breathtaking rescue efforts by the officers were shared and uploaded to Facebook user Ann Siti and Mas Attica's pages.

According to Shin Min Daily News, Cai had encountered marital woes after reportedly discovering that her husband was cheating on her.

The two were understood to have gotten into a heated argument just before the incident.

A witness revealed that Cai was screaming as she engaged in self-mutilation.

There were over 30 knife wounds found on her legs, thighs and arms. 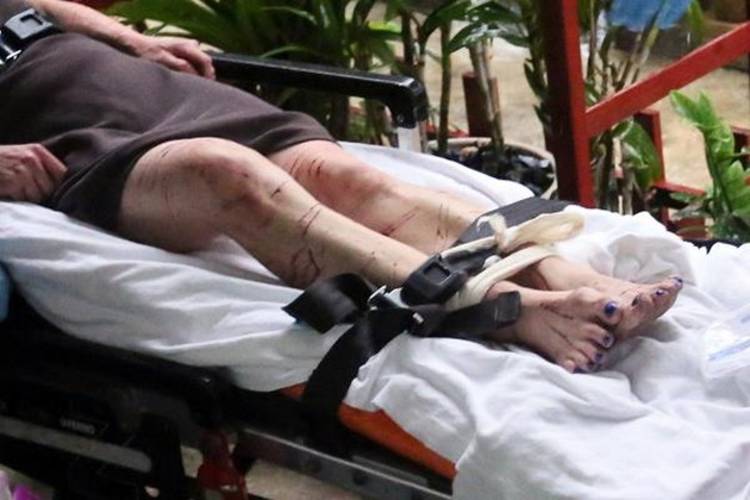 SCDF officers had also deployed a safety air pack at the foot of the block as a precautionary measure as officers tried to convince Cai to get off the railing.

Reporters observed at least 10 police patrol vehicles. and two fire engines at the scene during the incident.

The block had already been cordoned off.

Cai was later pulled to safety by SCDF officers and conveyed to a hospital.

In response to media queries, a police spokesman said that a 45-year-old woman was arrested for possessing a dangerous weapon, and attempted suicide.

A resident from a nearby block revealed that he had seen many police officers at the foot of the block and when he looked up, realised that there was a woman standing on the railing.

“She was talking very loudly, and demanded that the officers take away the air pack. The situation was very tense.”

The residents also lauded the officers' efforts and determination despite the heavy rain.  which ultimately paid off.

Related Stories
Drama at Simei: Man rescued after five hour standoff on fourth-floor ledge
Workers rescued after being stranded on gondola lift during fire at Punggol construction site
Man arrested for armed robbery and possession of weapons after standoff with officers at Woodlands Checkpoint
More About:
Yishun
scdf
rescue
stand-off