Yishun teen accused of murdering dad out of IMH, can meet lawyers in prison 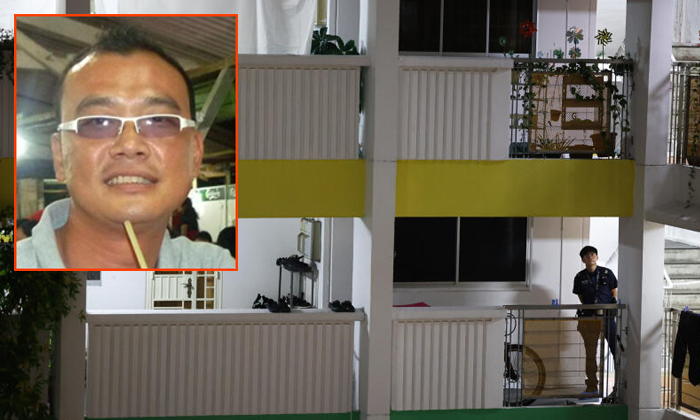 The 19-year-old teenager accused of murdering his father in Yishun has completed his remand for psychiatric assessment and will now be able to meet his lawyers.

The prosecution had asked for a longer adjournment of the case as there were other reports outstanding.

The youth is accused of murdering his father, Mr Eddie Seah Wee Teck, 47, on Oct 10, between the fourth and fifth floors of Block 653 Yishun Avenue 4 where they lived.

Sylesnar Seah’s lawyer, Ms Joyce Khoo, had asked the court if he can now meet his lawyers so they can take his instructions.

District Judge Terence Tay said as his remand at the Institute of Mental Health has ended, he is now entitled to visits unless the prisons are unable to accommodate this.

The victim and his wife, who have been married since 1994, were partners in a business that deals in the buying, selling and rental of properties.

They have two sons and a daughter.

On the evening of Oct 10, the police received a call for help and found Mr Eddie Seah lying motionless outside a flat in the block, and he was pronounced dead at the scene.

One resident said she saw him with his face and clothes covered with blood before he collapsed on the floor.

Those convicted of murder face the death penalty.

Related Stories
Yishun murder: Teen tries to make 'an unreasonable request' but gets stopped by judge
Yishun murder: Teen reportedly attacked father with 2 knives after 'violent quarrel'
19-year-old kept his head down when charged with murder of father in Yishun
Teen arrested for father's murder in Yishun: Victim had knocked on resident's door to ask for help
More About:
court
murder
death
dead
Yishun
teenager