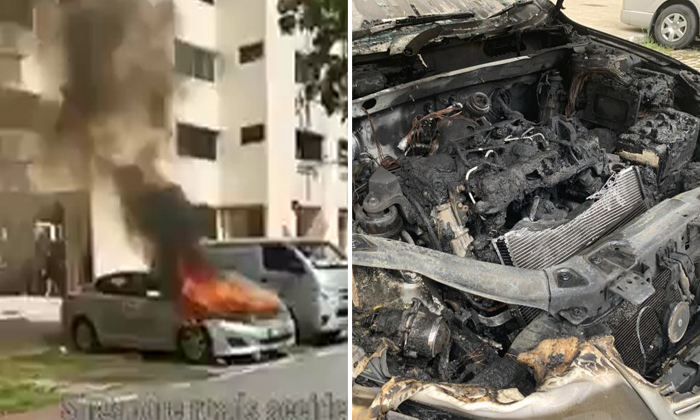 A taxi caught fire at a carpark in Yishun on Monday morning (May 25).

The Singapore Civil Defence Force (SCDF) was alerted to the vehicle fire at the open carpark of Block 257 Yishun Ring Road at around 10.35am.

According to Shin Min Daily News, two residents on the third floor of the block had also helped by using a hose from their kitchen toilet to spray water on the burning taxi. 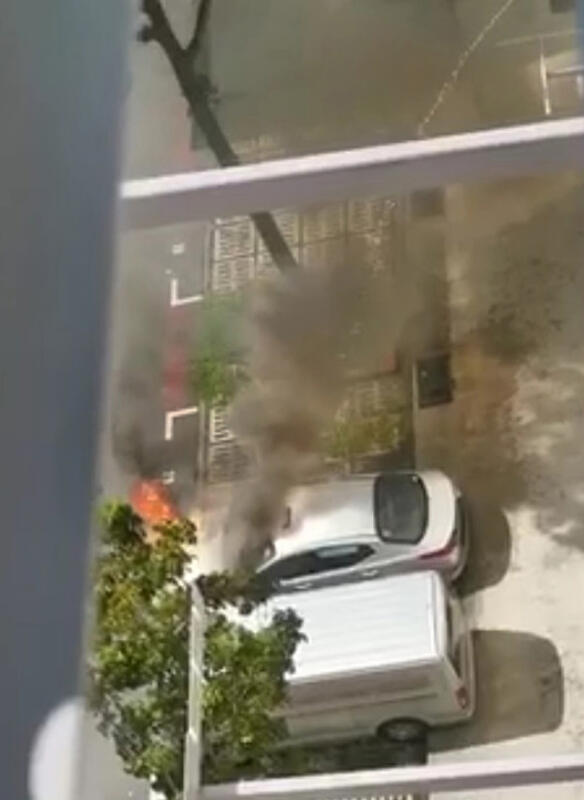 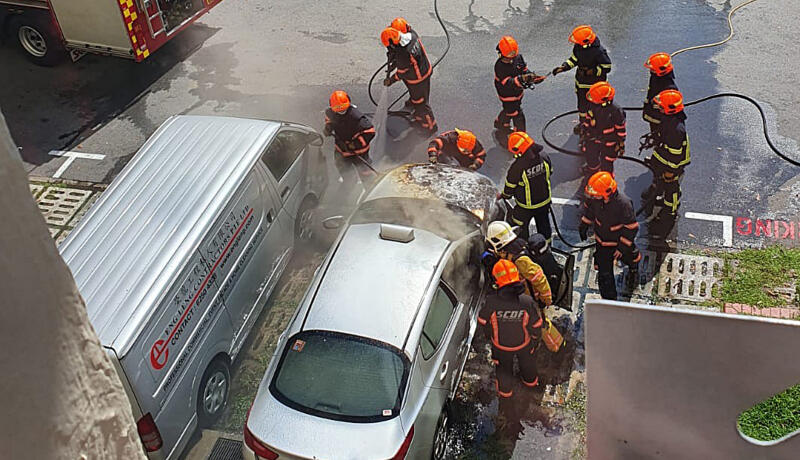 Mr Mai, a 29-year-old civil servant, and his 73-year-old father were prompted into action after hearing three explosions.

Together with the SCDF's efforts, the fire was extinguished in five minutes.

There was no reported injury and the cause of the fire is under investigation.

View more photos in the gallery or check out a video of the scene below.