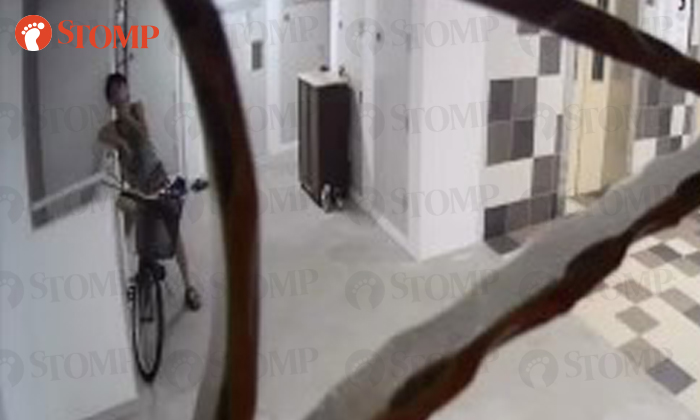 Despite knowing that Stomper Victor has two young children, his neighbour continues to smoke along the corridor at their Yishun Street 51 block.

According to Victor, this has been ongoing for a year ever since he moved in to Block 501 last December.

The Stomper, whose kids are aged three and two, said: "This occupant from the opposite unit keeps smoking in front of my door in the public corridor. He would sit on his bicycle and look at the camera while smoking.

"He does this every few days and twice each day (once in the morning and once in the evening).

"Whenever we open the door, we can smell the intensified haze of second-hand smoke that has affected the health of my kids.

"Whenever my wife returns from work, he would deliberately smoke in front of her and glare at her.

Related Stories
Uncle, if you want to smoke, please do it away from the bus stop
Auntie, don't you know you can get fined up to $1k smoking at bus stops?
That's right, smoking in a multi-storey carpark will land you a $200 fine
More About:
illegal
smoking
Yishun