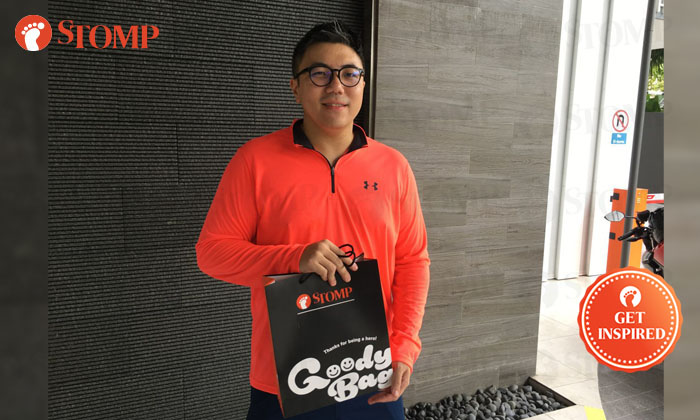 James Chen, also known as The Yishun Deliveryman, buys and delivers food to his neighbours from executive condominiums, The Signature @ Yishun and The Criterion, to encourage the kampung spirit.

After he was featured on Stomp, he invited us on a food run to prata stall, Crispy Roti Prata at 350 Ubi Avenue 1.

We filmed the process of him buying food and delivering it to his neighbours.

At the end of the trip, we awarded him with a Goody Bag for his service to the community.

James had ordered 43 packets of prata for his neighbours.

In the video, he waits to collect the packets of prata before driving home to hand out the packets to his neighbours.

James said that he thinks that it takes an extra effort to carry the food to his neighbours, however, he does not mind doing so as long as it brings everyone together.

After he delivered the food, Stomp awarded James with the Goody Bag.

James said: "Thank you to Stomp for this Goody Bag, I did not expect this."

Stomp presented Mr James Chen with a 'Goody Bag' for being an inspiration, as part of our efforts to recognise everyday heroes and highlight heartwarming deeds.

Related Stories
Who says Yishun is all bad? This condo resident delivers food to his neighbours at no charge
GrabHitch driver gets Stomp Goody Bag for fetching passenger and dog with fever when no one else would
Yio Chu Kang Sec students "really shocked" to get Stomp Goody Bags after helping struggling couple
More About:
Yishun
inspiring
Stomp Goody Bag