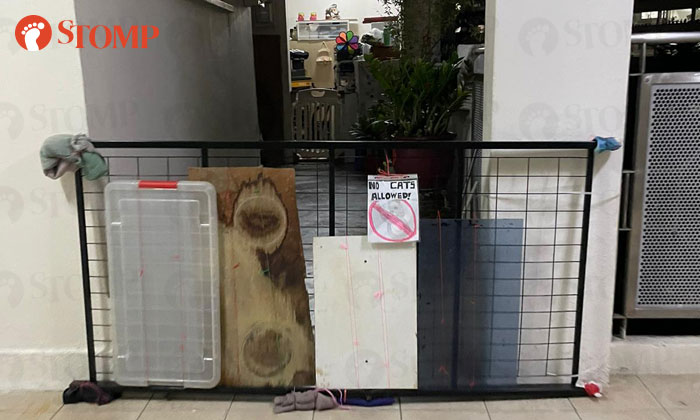 A barricade was spotted at a common corridor at Block 115 Yishun Ring Road.

A Stomper shared that his friend took a photo of the barricade while he was making a delivery at the said block on July 31.

The barricade is made up of a hodgepodge of materials and includes a sign that says, "No cats allowed!"

In response to a Stomp query, a spokesman from Nee Soon Town Council said: "We learnt that the resident had set up the barricade to deter cats from entering the area to urinate or defecate.

"We understand the resident’s concern, however, we will not be able to allow the placement of such barricades at the common corridor.

"Such obstructions in the common area is a hazard and pose a risk to residents.

The barricade has since been removed. 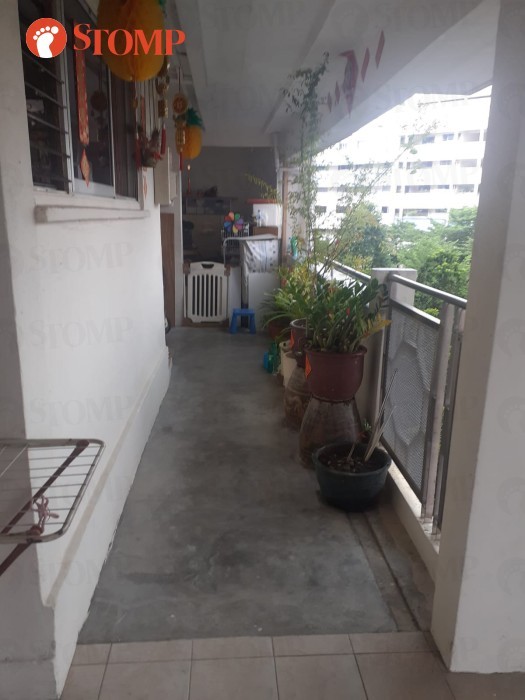