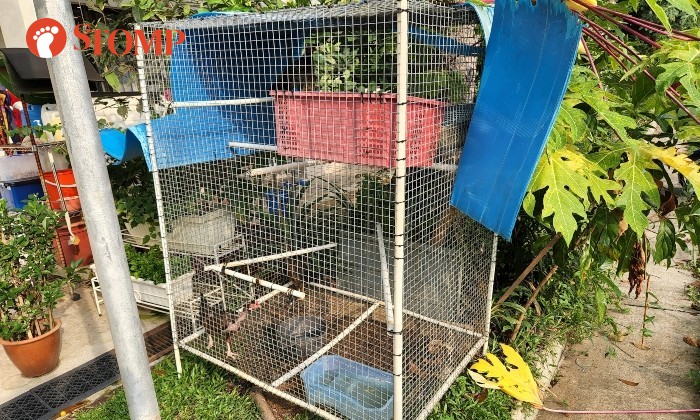 His family have been tormented by the smell and noise caused by the chickens since November last year.

Yes, chickens. Five of them.

They are owned by an "inconsiderate neighbour from hell", said Stomper Suhardi, who lives on the ground floor of Block 358 Yishun Ring Road.

The foul fowls are kept in a cage right outside his home.

"My two daughters' and son’s bedroom windows face the cage," said the Stomper. "Hence, they are affected by the smell to the point where one of my daughters did not want to return home and is staying at my mother’s place. This has affected my relationship with my family negatively." 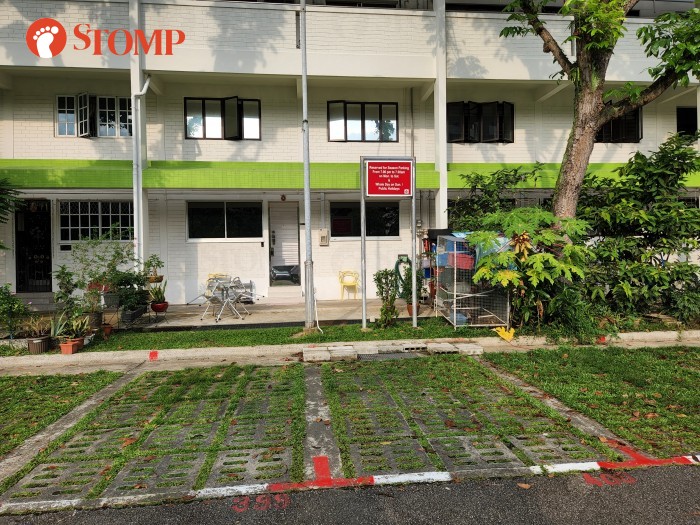 Suhardi also told Stomp: "The owner has been feeding the chickens leftover food. This causes a very strong and unpleasant smell, especially combined with the chicken’s faeces. On top of that, the leftover food is attracting rats, especially during the night."

The Stomper said he had informed the neighbour about the issues, but nothing was done.

He said he informed the Nee Soon Town Council in January, but no action was taken.

"I have also made a report to the police and even the MP. They took action by informing the neighbour to move the cage. But still, the owner of the chickens ignored them and refuses to comply with the order."

The Stomper shared a copy of a letter that was sent by the town council to the residents of the block on April 22.

The letter said that the placement of the livestock and cage in the common area was an infringement of a clause in the Town Council (Common Property and Open Spaces) By-Laws 2013, which stipulates: "No person shall obstruct or cause or permit the obstruction of the lawful use of any common property with any object, fixture or thing."

In the letter, the town council asked the residents to remove the livestock and cage by May 1 and added: "We shall remove the items after the stated date without further notice."

May 1 came and went. The chickens and cage are still there now more than three months later. 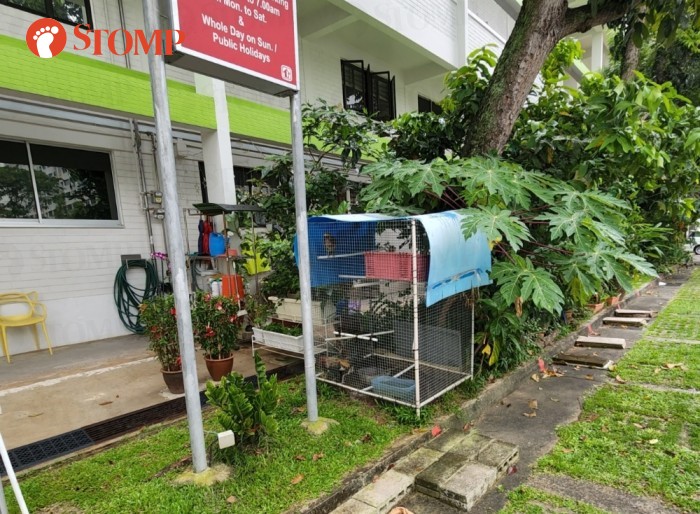 In response to a Stomp query, Nee Soon Town Council said its officers have been engaging both the owner of the chickens and the Stomper.

"As such, we are attempting mediation between the neighbours. We are also exploring alternative ways for the chicken owner to keep the chickens while also considering the living environment of the feedback provider."

Asked how he felt about the town council's response, the Stomper said: "I am not satisfied as wouldn't it be contradicting Singapore's law on pets where chickens are strictly prohibited as pets if we live in a HDB flat?"