Yikes! Are these feathers on my braised duck wings from Jurong Point restaurant? 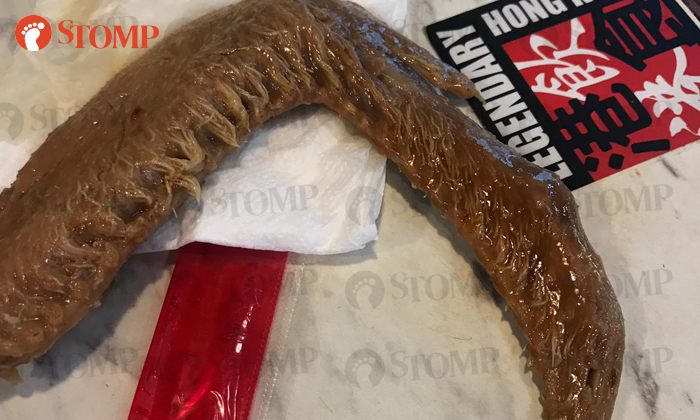 Stomper Aaron was having dinner with a friend at a restaurant in Jurong Point on Jan 3, but they lost their appetites after apparently finding feathers on their braised duck wings.

Aaron said the pair visited Legendary Hong Kong Restaurant at around 7pm and ordered three individual duck wings as part of their meal.

He recounted: "The wings were covered in gravy so we didn't notice anything unusual at first.

"However, we later realised that the food had not been prepared properly. There were feathers on all three duck wings.

"We highlighted this to a waitress, who said this was normal and that nobody else had complained."

According to Aaron, he was not given neither a refund nor replacement.

He added: "We had already lost our appetites anyway.

"I feel that this is really unprofessional and have reported the incident to the authorities."