Yet another Instagrammer posts video of cars racing 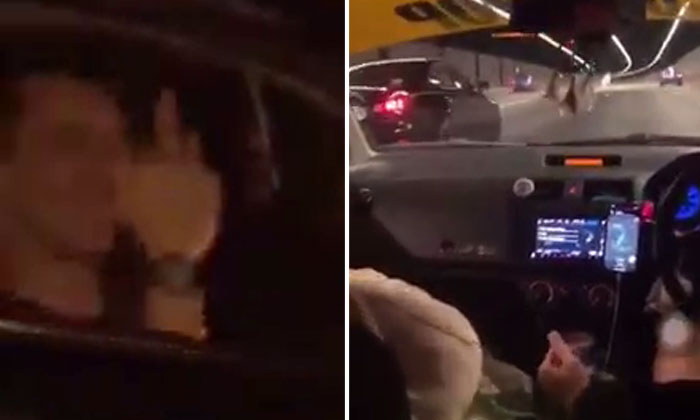 An Instagrammer thought it was a good idea to post Instagram stories of her friends racing each other along a road.

Several Stompers alerted Stomp to a video compilation of the stories that was posted on Singapore Reckless Drivers' Facebook page on Monday (Dec 3) before it was taken down. It had garnered over 90,000 views before it was deleted.

It is unclear where or when this was recorded.

The video starts in the back seat of a car where the driver is seen revving up and increasing his speed to overtake a black car in the lane to his left.

The girl recording the video is heard laughing and the caption on the video reads: "BYE RAPH HAHAAHA."

The girl and her friend in the first car are then heard shouting "tortoise" at the black car as the driver shows them the middle finger.

The two vehicles continue to race intermittently on roads and through tunnels before the video ends with the girl pointing her camera and the vehicle behind her and saying, "So I guess you all know who's the winner now, huh?"

Previously, Stomp reported on two incidents that happened earlier this year where drivers went over the speed limit and posted the evidence on social media.

Related Stories
Driver records himself going Fast & Furious at 210kmh
Woman takes video of driver going 192km/h and says: "If your man can't do this, he's not worthy to be your man"
Lorry and van think they are starring in Fast & Furious movies in KPE tunnel
More About:
speeding
racing
dangerous driving
instagram