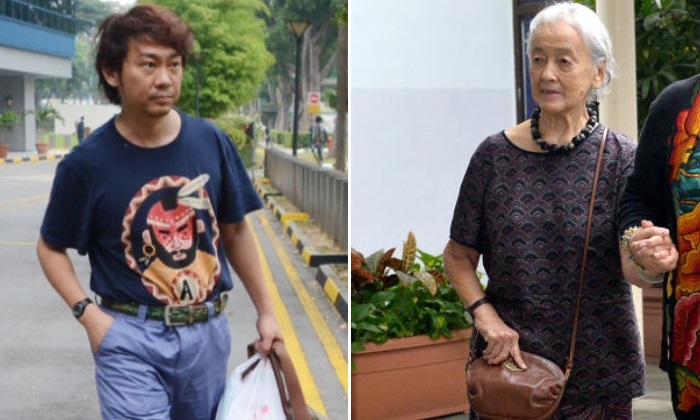 Former China tour guide Yang Yin, who was convicted of cheating a wealthy Singaporean widow of $1.1 million, was deported on Thursday (June 9) after being released from prison.

In response to queries, an Immigration and Checkpoints Authority spokesman said Yang has been barred from re-entering Singapore.

Chinese daily Lianhe Zaobao reported that he was taken to the airport on Thursday morning for a flight to Nanjing, China.

In September 2016, Yang, then 42, was sentenced to six years in jail. The term was extended to nine years in March 2017 after an appeal by the Attorney-General's Chambers.

He was convicted of two offences of criminal breach of trust for misappropriating $1.1 million from Madam Chung Khin Chun, now 95, a retired physiotherapist.

Yang was also sentenced to jail for another two years and two months in September 2016 for crimes over his immigration status. They included falsifying receipts for a sham company in order to stay in Singapore and obtain permanent residency.

In total, he had to serve 11 years and two months in jail.

Yang, who was in remand since Oct 31, 2014, served about two-thirds of his sentence.

Yang met Madam Chung in 2008, when he acted as her private tour guide during a China trip. A year later, he moved into her bungalow in Yio Chu Kang and claimed the widow wanted him to be her "grandson".

He obtained Singapore permanent residency in 2011 and brought his wife and two young children here the same year.

Yang stood to inherit all of Madam Chung's assets - estimated to be worth $40 million - in a 2010 will, and was given lasting power of attorney by the widow in 2012 to manage her welfare and financial affairs.

Madam Chung's husband, Dr Chou Sip King, died in 2007 and the couple have no children.

Madam Chung’s niece and guardian, Madam Hedy Mok, had earlier that year sued Yang for manipulating her aunt into handing over control of her assets.

Madam Mok, 69, said: “For what he took from us, he should have been made to serve the full term. But I’m glad he’s finally out of Singapore for good.”