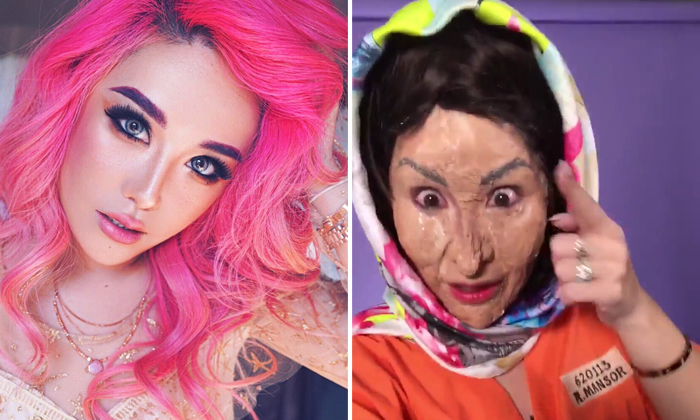 Her ISIS fighter costume last year and most famously, her 2016 take on City Harvest Church pastor Sun Ho in her music video 'China Wine' went viral online, with the latter gaining more than 600,000 views on YouTube.

This year, her debut as Malaysia's ex-first lady, Rosmah Mansor, has drawn criticism and even threats from some corners online.

On Monday (Oct 15), Cheng, 34, posted a short teaser on Instagram and Twitter. In the two-second clip, she sported Mansor's iconic big hair, head scarf and an orange prison jumpsuit with 'Rosmah' emblazoned on it.

The wife of former Malaysian prime minister Najib Razak is known for her penchant for branded handbags and the finer things in life.

She was charged with 17 counts of money-laundering earlier this month, in an ongoing investigation into the misuse of Malaysia's 1MDB state funds. The 67-year-old is also facing a $20 million lawsuit from a jewellery company after failing to return 44 pieces of jewellery which she claims were seized for investigation.

The most eye-catching part of Cheng's look, however, was how she modelled her face to look exactly like Mansor's.

In an Instagram story, she revealed that it took four hours to do the make-up and she'd painstakingly moulded all the prosthetic parts herself.

While the tutorial was not meant to be taken seriously (it is Halloween after all), not everyone appreciated her sense of humour.

According to updates on Cheng's Instagram, she has been the subject of verbal abuse online, with a netizen even threatening to throw acid at her if she ever goes to Malaysia. 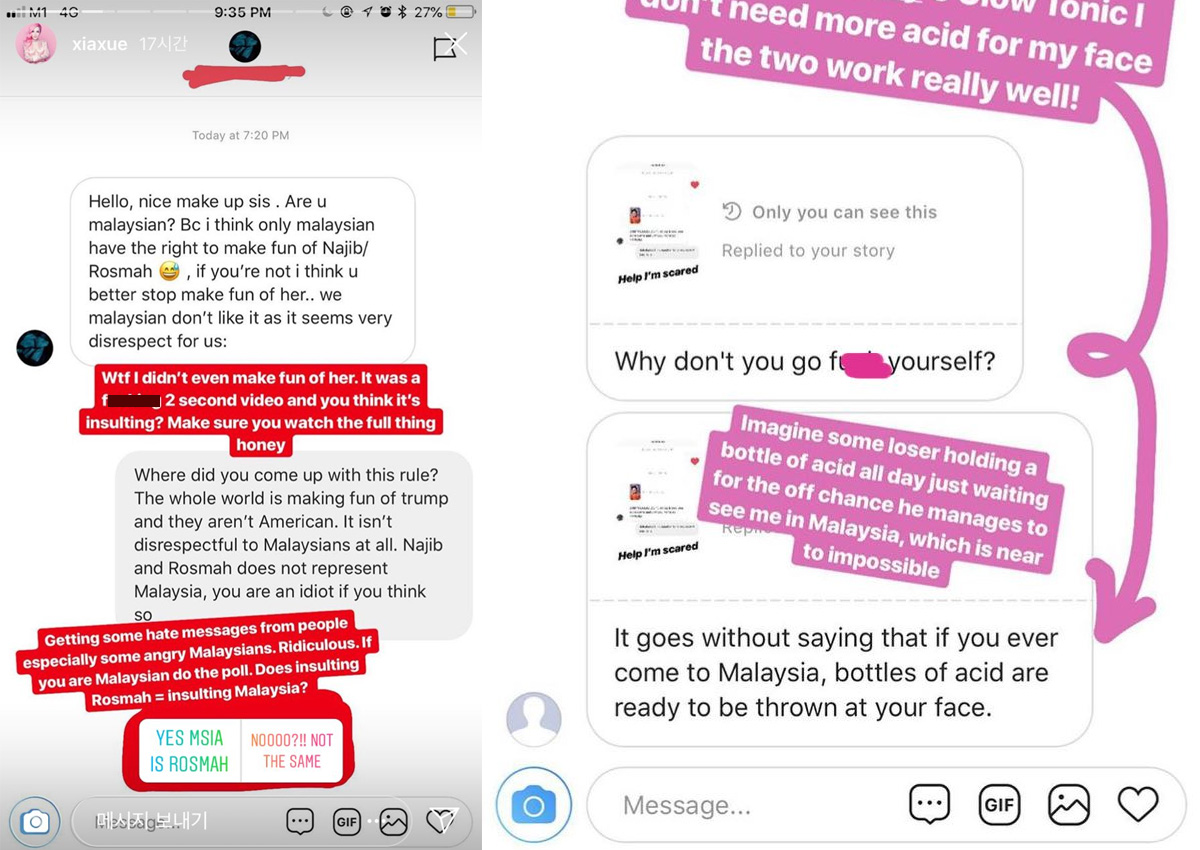 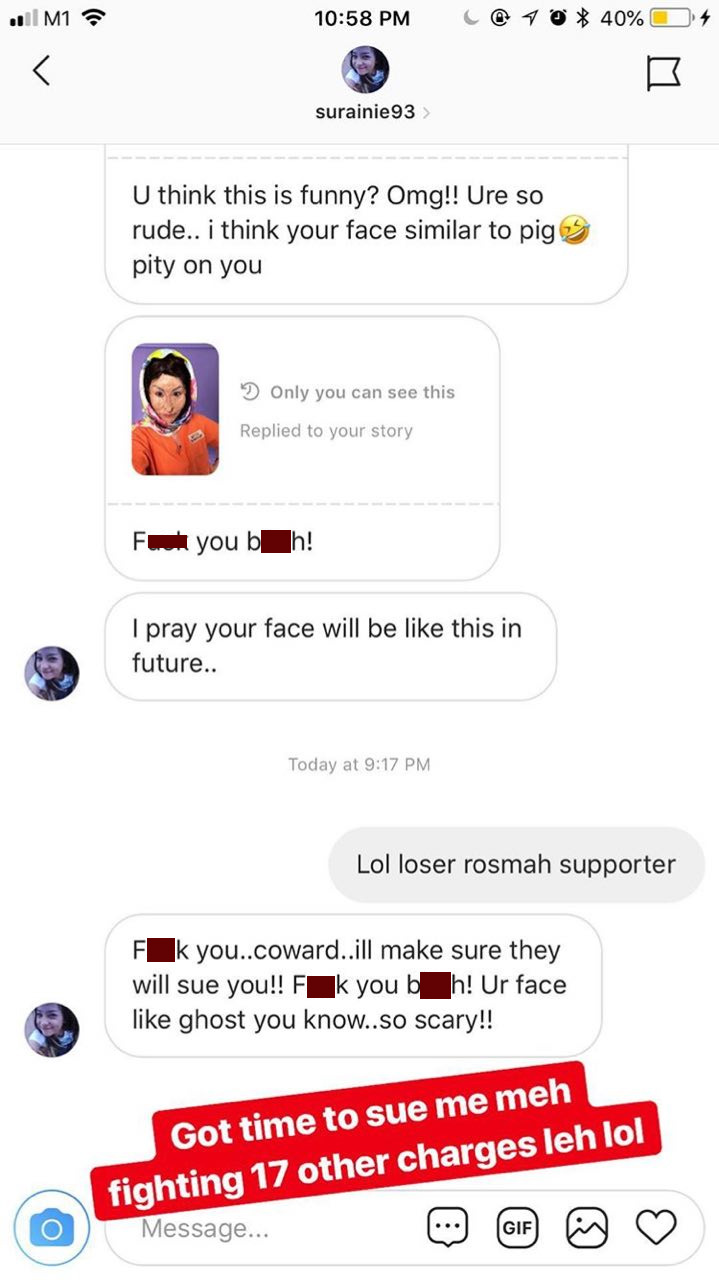 Cheng posted that she's even starting to fear for her life. 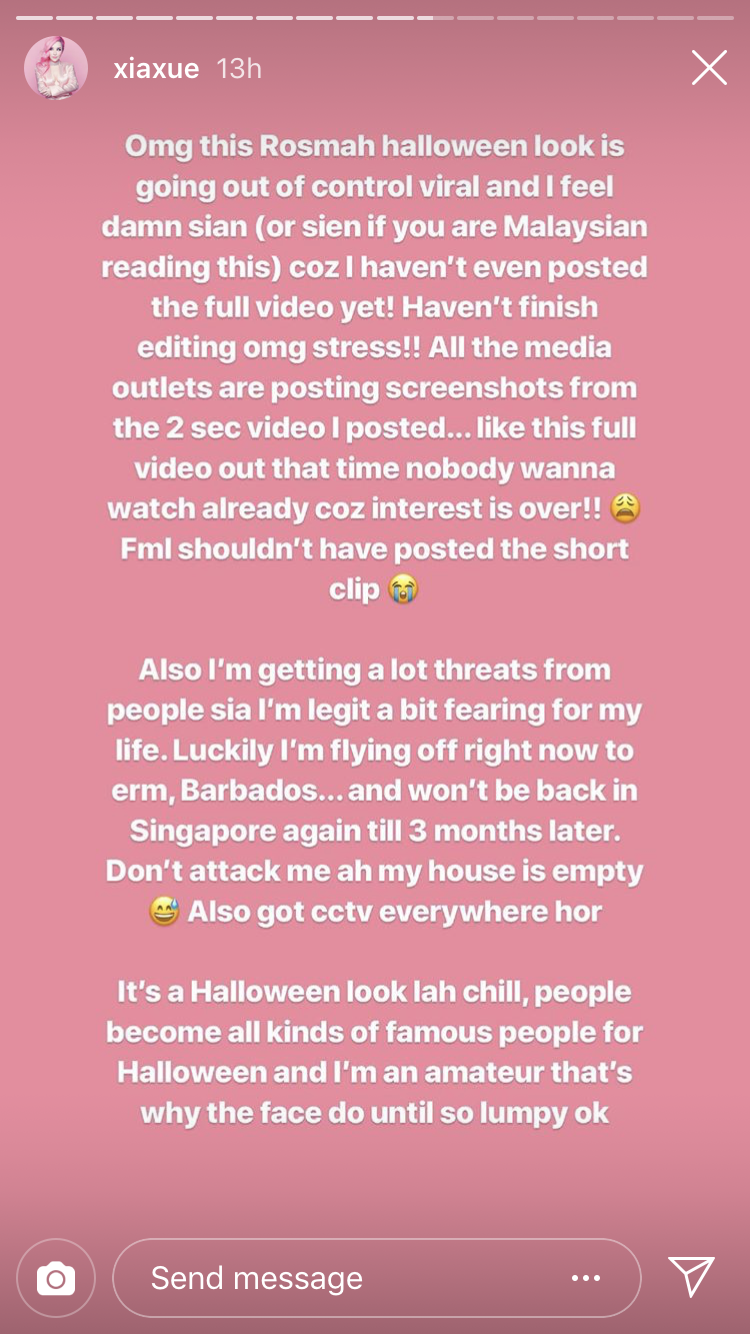 But others saw the lighter side to her video.

With the look down pat, it looks like the only thing 'Rosmah' will be accused of stealing this Halloween will be the spotlight.