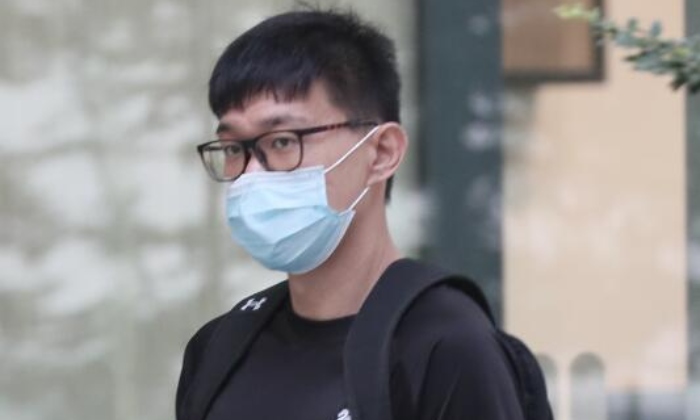 A workshop trainer preyed on a 15-year-old student by first befriending the boy on social media and then asking him to send pictures of himself in underwear.

This was after the trainer conducted a leadership workshop for the boy's class, following which he also sent the boy semi-nude pictures of himself.

On Tuesday (Dec 1), Tay Yi Hui, 28, was sentenced to two months' jail after he pleaded guilty to one count of sexual exploitation of a young person.

Deputy Public Prosecutor Tay Zhi Jie told the court that Tay was working as a trainer with High Achievers Training Consultancy and that he had requested to follow the boy on Instagram on May 30, 2019.

The boy accepted his request that night and Tay told him to keep their conversation secret as he was not allowed, under Education Ministry regulations, to be in contact with students after the end of the workshop.

Tay first asked the boy about his results in school, but the conversation soon "took a sexual turn", when he asked why the boy's classmates had made remarks about him being homosexual, said DPP Tay.

Tay told the boy he was cute and he sent him a photo of his laptop, which had a picture of Tay in the nude with his right hand covering his genitals, said DPP Tay.

Tay continued to engage him in sexual topics, asking about pornography and requesting to shave the boy's armpit and pubic hair.

The boy "felt uncomfortable about the conversation he had with the accused", and he reported this to his teacher the next day, said DPP Tay.

In asking for a sentence of two months' jail, the prosecutor said Tay had a mentor-student relationship with the boy and that he had deliberately steered the conversation into sexual territory.

Tay's defence counsel Kwoh Ji Wei said in mitigation that Tay is a first-time offender and is contrite, having pleaded guilty at the earliest opportunity.

District Judge Seah Chi-Ling also called for a community court conference to be convened to formulate treatment plans for Tay to reduce his risk of re-offending.