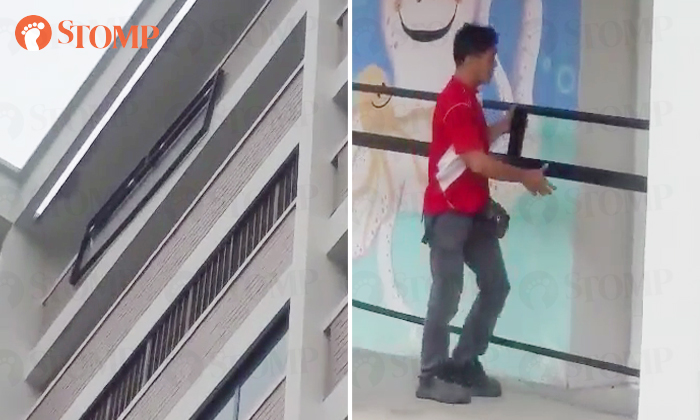 Stomper Tony spotted two workers lifting a metal structure, which appeared to be a window grille, from the first to ninth floor of Block 419, Bukit Batok West Avenue 2.

The incident occurred at around 1.20pm yesterday (July 11).

Tony is especially concerned by the workers' lack of safety measures because at the ground floor of the block is a nursery school full of children.

According to him, one worker was on the first storey, attaching a rope to the window grille.

The other worker, who was on the highest floor of the block, then lifted the structure from his other end of the rope.

"I caught these lazy contractors using a rope to lift a metal structure to the top floor dangerously.

"On the ground floor is a nursery school where kids are inside. Passers-by are at risk too.

"I questioned the man on the ground floor about his actions but he gave a 'bochup' attitude, then later walked away while carrying another metal grille."