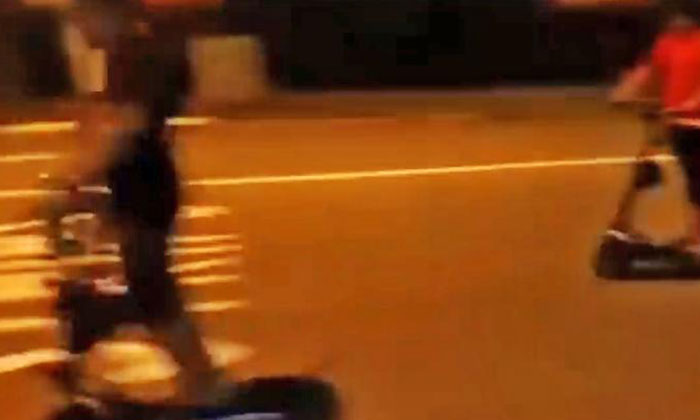 Residents at Woodlands have expressed concern for their safety with the emergence of an e-scooter racing group in the area.

Some residents have even taken videos of the riders in action, causing many netizens to ask for the intervention of the authorities.

A video uploaded by a netizen showed four youths racing on e-scooters along a stretch of road in Woodlands, reports Shin Min Daily News.

It is believed that while the youths were racing, one of their friends had been taking a video of the process, continuing to film even as he rode after the others.

The reckless riders weaved in and out of traffic, even passing between cars.

In addition, the e-scooters which were shown stacked up against some fences, are believed to have been modified.

Many netizens have since commented on the reckless acts of the e-scooter riders for endangering themselves and other road users.

When reporters visited Woodlands Industrial Park on Monday night (Feb 5), they found that traffic was less busy in the area late in the night, and there were many straight roads that could be used for races.

Related Stories
Traffic rules mean nothing to this 'maniac' on e-scooter
E-scooter rider narrowly avoids getting hit by bus while weaving in and out of traffic
Reckless e-scooter rider tailgates car along Woodlands Dr 16
More About:
e-scooter
woodlands