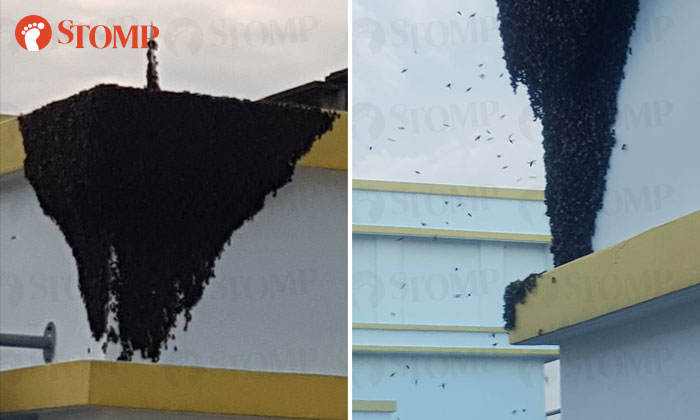 A Stomper was shocked to find a swarm of bees buzzing around outside his window at Block 764 Woodlands Circle on Friday evening (June 14).

He shared photos and a video of a massive hive located on an outside-facing wall at the top of his block.

"One of them even flew into my home."

He told Stomp that he immediately reported the beehive to the town council.

"They told me they had notified pest control then later at around 10pm, the hive was removed," he said.

The Stomper updated Stomp on Monday (June 17) that several dead bees were spotted at his block's void deck. 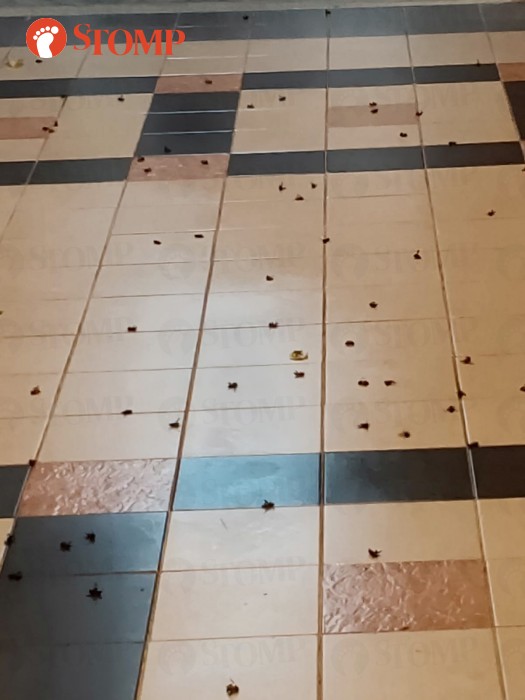 He added that a few dozen bees had returned to the block after pest control had gotten rid of the massive bee hive. 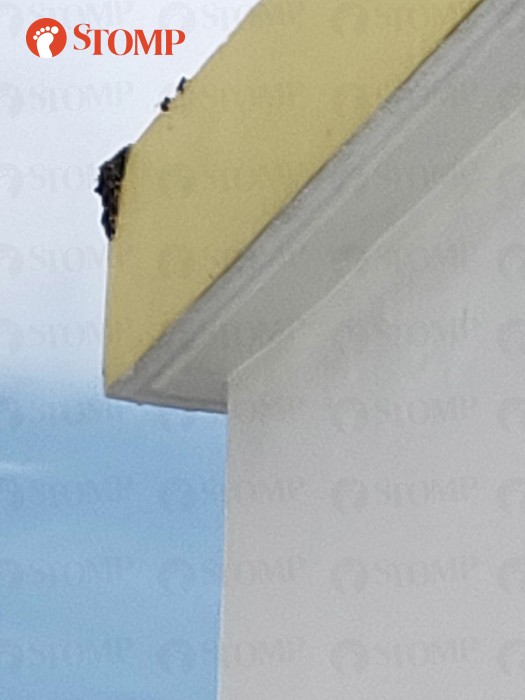 In response to a Stomp media query, a spokesman from Sembawang Town Council said it was notified of the case on Friday evening.

"Our contractor arrived at the location (Block 764 Woodlands Circle) at approximately 9pm and carried out treatment through a resident's home on level 12," she said.

"Residents were informed to close all windows and doors while treatment was being done.

"The bees have been identified as Malayan bees and they might have swarmed to the edge of the building after their original habitat was destroyed.

"As there were still some bees lingering at the rooftop due to their scent, another treatment was carried out yesterday afternoon.

"We will continue to monitor the situation closely."

Woodlands is not the only area bees have been spotted in recently.

Stompers Wei Jun and Adriel also alerted Stomp to bees that had appeared in their Sengkang neighbourhoods.

Wei Jun said he spotted bees flying around the Sengkang area on Saturday (June 15) at about 4.50pm while Adriel saw the flying insects from his home at Block 470C Fernvale Street at about 5.30pm.

Later at about 8.48pm, Adriel shared a video of a pest control worker spraying a beehive that was found on a nearby tree.