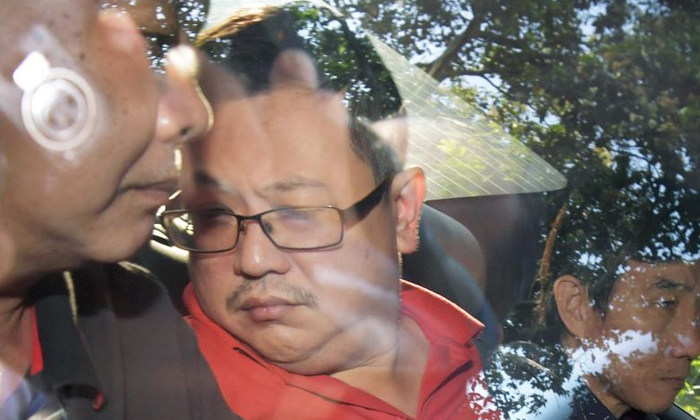 Teo was a frequent visitor of the Sammyboy Forum in the weeks leading to the killings, which government psychiatrist Derrick Yeo said casts doubt on whether he showed symptoms of depression.

The issue of whether Teo, 43, was suffering from major depressive disorder (MDD) was hotly debated in the High Court on Friday (July 5), the fourth day of his trial.

Teo faces the death penalty on two counts of murder for strangling his wife Choong Pei Shan, 39, and their daughter Zi Ning, at their Woodlands flat on Jan 20, 2017.

The defence, relying on a report by private psychiatrist Jacob Rajesh, contended that Teo had MDD at the time and the condition reduced his mental responsibility for the killings.

Dr Rajesh's report said Teo had symptoms of depressed mood, poor sleep, a constant sense of worthlessness, low self-esteem and hopelessness, but tried to "act normal" in front of his family.

The disorder was brought on by his mounting debts and sense of helplessness , he added.

However, Dr Yeo, who is from the Institute of Mental Health, maintained that Teo did not have any mental disorder at the time. He said Teo expressed optimism that he would be able to turn his fortunes around.

On the eve of the killings, Teo visited the online forum 132 times. Four days after the killings, he surfed the site 15 times - using Madam Choong's phone.

The court heard that for someone to be diagnosed with MDD, the person has to show at least five symptoms from a list of nine. These include a loss of interest or pleasure in all activities.

Dr Yeo said the fact that Teo was enjoying pornography regularly in the weeks before the killings "cast an objective doubt" over whether he showed this particular symptom.

Teo's lawyer Eugene Thuraisingam highlighted that Teo, once a successful property agent, had "fallen" in status to a renovation firm employee. The lawyer cited anecdotes that Teo looked like a "different person" in January 2017 and that he wore the same shirt at work on most days.

Dr Yeo said Teo had some symptoms but none of them were clinically significant.

He did not place much weight on Teo's claim of having had suicidal thoughts for a year, given that the accused had initially lied to him that there was a suicide pact.

If Teo was really suicidal, he would have jumped over the parapet when the police were at his door, Dr Yeo said.

Teo also claimed that Madam Choong had an extramarital affair.

He told Dr Rajesh that in 2014, he came home to find the man in his bedroom. Teo also said he and Madam Choong started dating when they were still married to their respective spouses.

He told Dr Yeo that he suspected Zi Ning was not his biological daughter.

The trial has been adjourned. Hearing dates have yet to be fixed.