Woman's manicure goes wrong: "Now I have no nails, no manicure and no money!" 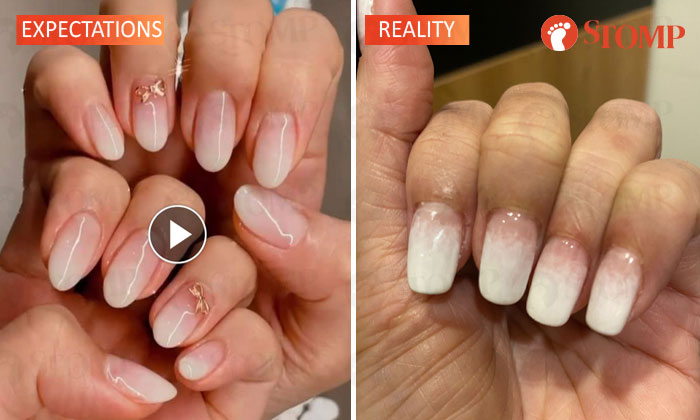 A woman was left sorely disappointed when the manicure she received was far from her expectations.

Stomper Audrey shared with Stomp that she visited Nailz Haus to get a manicure after seeing one of their Facebook posts.

She chose the Rail Mall outlet because the manicure she saw was done there and was exactly what she wanted.

However, the manicure she got was not at all the same as the one in the photo.

"The three extensions they did for my middle, fourth and pinky fingers were affixed badly on me," she added. 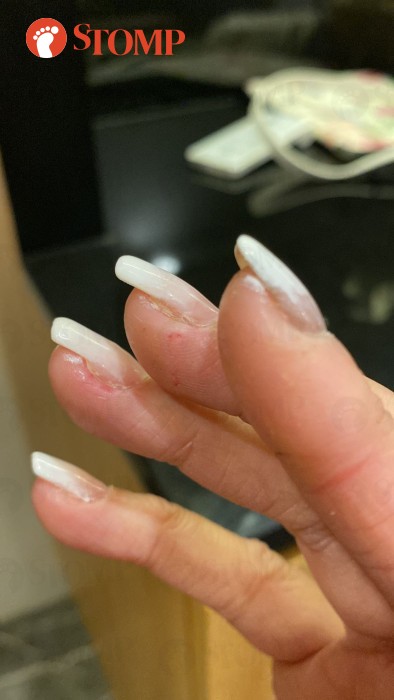 "After enduring three-and-a-half hours of their continuous hard-selling, I ended up with an even worse manicure and extensions."

At first, Audrey requested her manicure be redone by another team at another outlet but she eventually returned to the Rail Mall outlet on Dec 4 to have the manicure removed and money refunded.

After the removal, the outlet's manager said that a colleague from their accounting department would get in touch with her to issue the refund.

"I also told them the removal had damaged my nails to the extent where I had to cut them all off," she said.

"Now I have no nails, no manicure and no money!"

Audrey said the accounting staff reached out to her and asked her to sign a "settlement agreement" before they can issue a refund.

"She said that unless I gave her my private details and sign the 'settlement agreement', I would not get my refund.

"I refused and she has not contacted me since."