Woman's eyebrow treatment goes wrong: 'I will look like this for years' 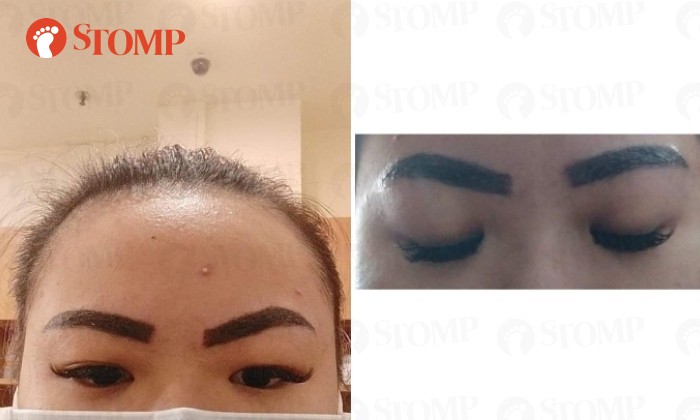 A touch-up embroidery treatment to her eyebrows left Stomper Jolie horrified after she saw the end results in the mirror.

Jolie told Stomp she was eager to get her eyebrows redone after her previous embroidery had faded away but did not expect her brows to be so dark and uneven.

The treatment, which happened on Tuesday (Jan 12), was done by a home-based eyebrow artist that Jolie had visited before. 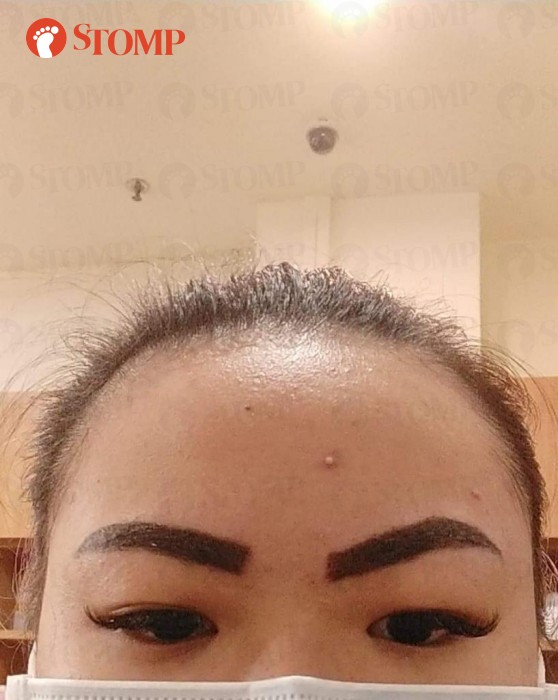 "I went to this eyebrow artist again because when she did my eyebrows for me last time, it did not look like this," Jolie said.

"So after the pigment in my brows faded away after the previous session, I went back again to get it touched up.

"This was nothing like the first time she did my brows. I didn't expect it to be this bad. It's so unbalanced. I'm really sad and hurt."

Jolie added that she shared her concerns with her eyebrow artist, mentioning that she does not like how uneven her brows look. 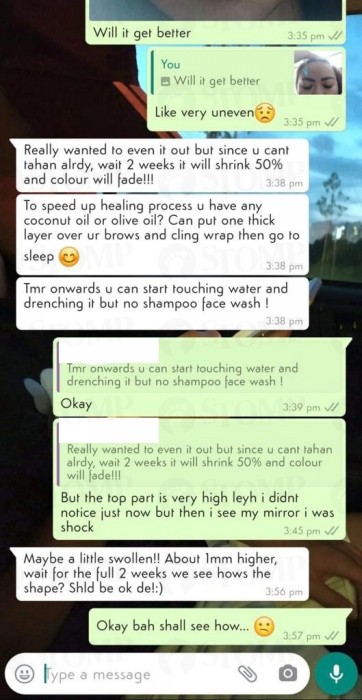 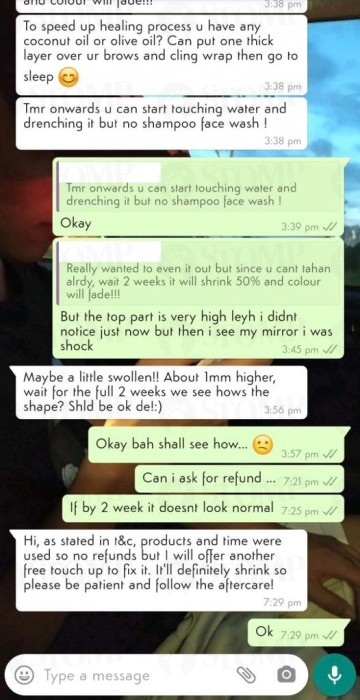 According to the screenshots Jolie sent, the eyebrow artist said she "really wanted to even it out" but did not manage to as Jolie could not "tahan already".

The eyebrow artist explained that she could apply coconut oil or olive oil to "speed up the healing process".

Jolie then asked for a refund, but the eyebrow artist did not allow a refund as "products and time were used".

She did, however, add that she will touch up Jolie's eyebrows for free to "fix it".

Jolie explained to Stomp that she was not that upset with how dark her brows turned out but rather, more disappointed with how uneven her brows look.

"It's not even balanced or even. I mean, my left brow is ridiculous," Jolie said.

"I'm so sad that I have to go out looking like this for two weeks or maybe even years."